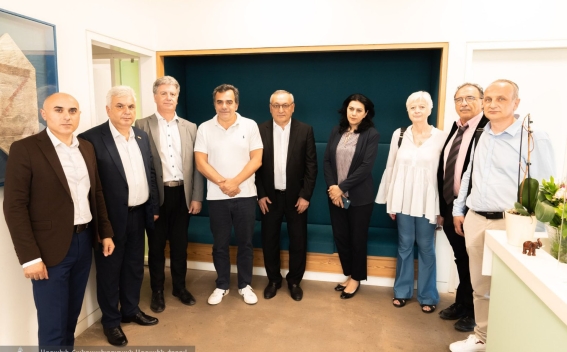 During the visit the delegation had meetings with Averof Neofidu, the President of the ruling Democratic Rally (DISY) and Vice President, Harris Georgetis.

The next meeting was with the mayor of Nicosia, Constantinos Yorkachis, and members of the Council of Elders, Olga Marutia and Valerios Taniliitis.

Representatives of the ARF Cyprus Committee, Simon Aynechyan and the Chairman of the Armenian National Committee, Hakob Gazanjyan, also took part in the meetings.

On the same day, Artur Tovmasyan, the Republic of Artsakh National Assembly President, made a speech on the event dedicated to the 104th anniversary of the First Republic of Armenia.