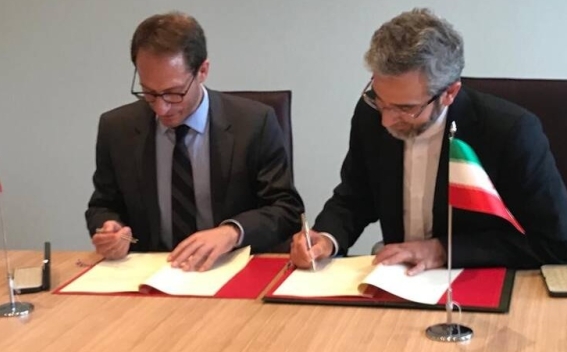 Senior diplomats from Iran and Norway signed a memorandum of understanding (MoU) on political consultations between the two sides, TASNIM reports.

The 10th round of political consultations between Iran and Norway was held during a trip to Oslo by Iranian Deputy Foreign Minister for Political Affairs Ali Baqeri.

During the meeting, the Iranian and Norwegian officials exchanged views on a variety of bilateral, regional and international issues.

Following the talks, the two sides signed a memorandum of understanding on political consultations between the two countries, the Foreign Ministry’s website reported.

Highlighting the benefits of bilateral relations between Iran and Norway amid a global food and energy crisis, Baqeri said such mutual cooperation would be beneficial to entire Europe.

The deputy foreign minister also urged that Tehran and Oslo should make an effort to strengthen their political resolve to develop ties by creating diverse bonds for cooperation.

The other issues discussed in the meeting related to the efforts to reduce the problems faced by the Afghan refugees and to effectively tackle the root causes and factors creating insecurity in Afghanistan and the wider region.

For her part, Huitfeldt thanked Iran for its decades-long and enormous assistance to the Afghan refugees.

She also expressed pleasure at the ongoing talks between Iran and Norway about the problems of Afghanistan and the assistance in resolving them.

The Norwegian foreign minister welcomed the idea of visiting Tehran and invited her Iranian counterpart to take part in the Oslo Conference 2022.