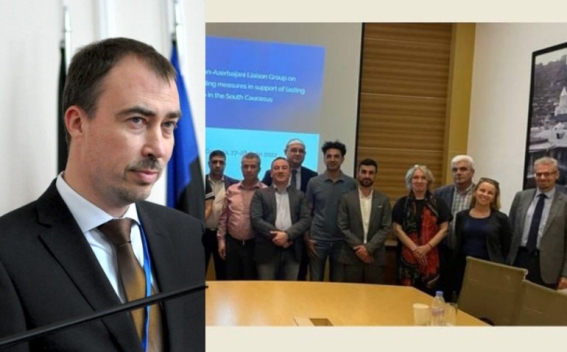 Over 40 Armenian and Azerbaijani practitioners met for a roundtable discussion, supported by the European Union (EU), in Kachreti, Georgia, on 29-30 June 2022, commonspace.eu reported. Together with counterparts from the EU, the United Nations and the Organization for Security and Co-operation in Europe, they discussed possible scenarios of a future peaceful South Caucasus.

Discussions encompassed scenarios in the fields of economy and connectivity, security, governance and cultural policies, and assessed the possible steps that can be taken by national governments, civil societies and external actors to enhance prospects of viable solutions to the many challenges confronting long-lasting peace between Armenians and Azerbaijanis.

The EU Special Representative for the South Caucasus and the crisis in Georgia, Toivo Klaar, affirmed the EU’s continuing commitment to sustainable peace. He acknowledged the many challenges and high emotions accompanying debates on the future of Armenian-Azerbaijani relations. He welcomed the determination of practitioners to continue their efforts to engage in dialogue, build trust and counter embedded narratives precluding not only improved Armenian-Azerbaijani relations, but a peaceful and prosperous future of the South Caucasus region as a whole.