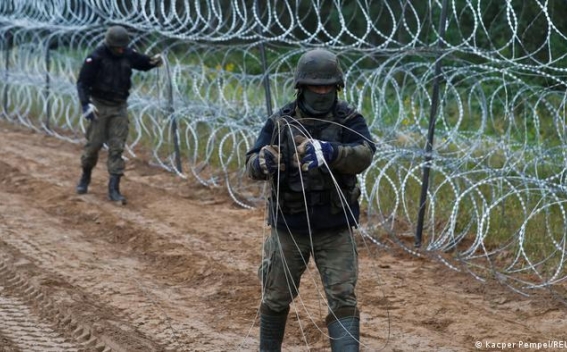 A year after migrants started crossing into the European Union from Belarus to Poland, Polish Prime Minister Mateusz Morawiecki and top security officials visited the border area on Thursday to mark the completion of a new steel wall, AP news reports.

On Friday, Polish authorities will also lift a state of emergency along the border that has blocked journalists, rights workers and others from witnessing a human rights crisis. At the very least, 20 migrants have died in the area’s freezing forests and bogs.

The Polish government characterizes the wall as part of the fight against Russia; human rights defenders see it as representing a huge double standard, with groups of white Christian refugees from Ukraine made up mostly of women welcomed but predominantly male Muslims from Syria and other countries rejected and mistreated.

''The first sign of the war in Ukraine was (Belarus President) Alexander Lukashenko’s attack on the Polish border with Belarus,'' Morawiecki told a news conference.

''It was thanks to (our) political foresight and the anticipation of what may happen that we may focus now on helping Ukraine, which is fighting to protect its sovereignty,'' Morawiecki said.

As Poland opened its gates to millions of Ukrainians fleeing Russia’s invasion, work was well underway to build the 5.5-meter (18-foot) high wall along 186 kilometers (115 miles) of its northern frontier with Belarus. It still needs electronic surveillance systems to be installed.