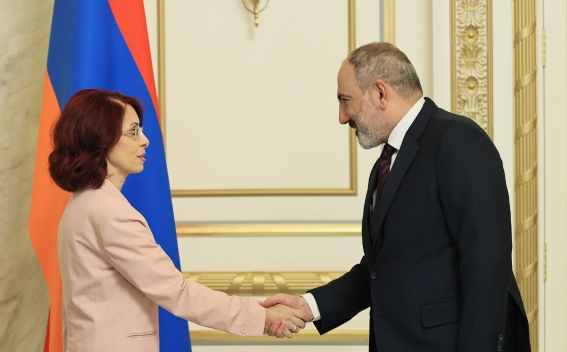 The Prime Minister congratulated Ambassador Arisian on the occasion of the start of the diplomatic mission and wished her effective activities for the benefit of the development of relations between the two countries. "Armenia values cooperation and historical ties with Syria. We are following the developments and wish that our friendly Syria overcomes the crisis as soon as possible," Nikol Pashinyan said. The Prime Minister referred to the humanitarian mission sent by Armenia to Syria in 2019, which carried out activities of humanitarian demining, mine awareness campaign among the population, provision of medical services.

Ambassador Nora Arisian thanked for the warm words and emphasized that for her, also as a Syrian-Armenian, carrying out a diplomatic service in Armenia is an honor. On behalf of the Syrian authorities, she expressed gratitude to the Armenian authorities for the humanitarian assistance provided to the country and noted that she will make all efforts to further strengthen relations.

The interlocutors emphasized the role of the Syrian-Armenian community in strengthening Armenian-Syrian ties. The sides exchanged thoughts on the cooperation agenda and perspectives.