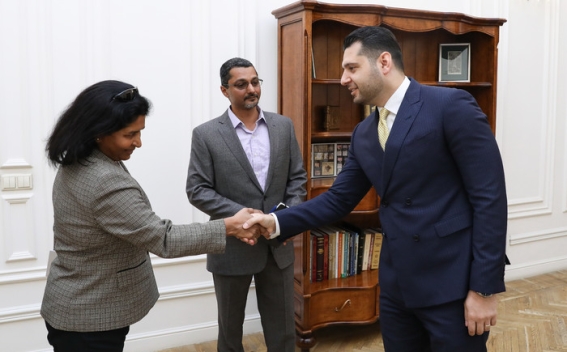 To note, American company Xilinx, whose Armenia branch was founded in 2019, merged with AMD, a manufacturer of microcircuits and processors, this February.

Deputy premier Matevosyan underscored AMD’s being represented in Armenia, and expressed hope that, using the local potential, its Armenia office will become an important constituent part of this company. Also, the deputy PM expressed the readiness of the Armenian government to discuss AMD's development vision and address the steps necessary to expand this company's activities in Armenia.

The AMD officials, for their part, emphasized that there are many talented young people in Armenia who are needed for their company, and they will do their best to find them, educate them further, and engage them in their company.

During the meeting, the avenues for possible cooperation and implementation of joint measures within the framework of the digital agenda of the public sector of Armenia were also discussed, and the possibility of implementation of joint programs for the training of technology specialists with the necessary qualifications was touched upon.