US Congress Approves $430 Billion Package of Initiatives to Reduce Inflation 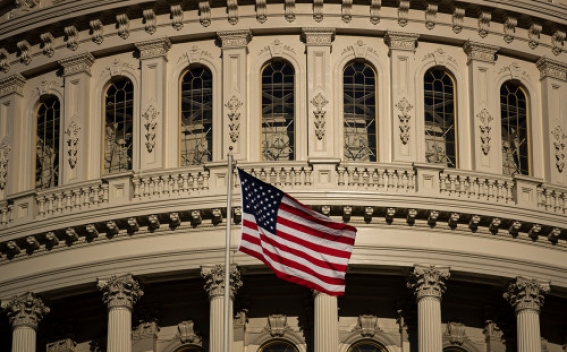 The US House of Representatives on Friday approved a package of initiatives aimed at reducing inflation worth $430 billion, according to a live broadcast on the US House’s website, TASS reports.

The Senate approved the package last week and it will now go to US President Joe Biden, who earlier voiced his intentions to sign it.

The 755-page bill suggests a variety of measures, including reducing the federal budget deficit, lowering health care costs for citizens and fighting climate change. In addition, it provides for an increase in taxation of large corporations, which should partially ensure the flow of funds necessary for the proposed programs. The US government expects that all these measures will reduce inflation in the country in the long term. The ruling Democratic Party supports these steps.

Congressmen interrupted the summer recess to vote on this package of initiatives.

US President Joe Biden said on his Twitter: "Today the American people won. <..> With the final passage of the Inflation Reduction Act <…>, the American people are going to see lower prescription drug prices, lower health care cost and lower energy costs. <…> I look forward to signing it into law next week". He added that a reception will be held at the White House on September 6 to celebrate the passage of the bill.