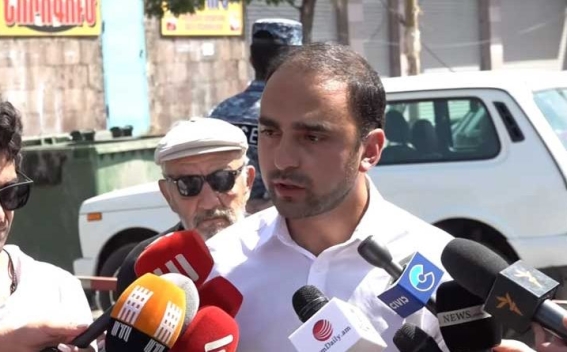 We need to be able to abandon the culture of setting off fireworks during private events, as they not only disturb the peace of the people living nearby, but also pose a great danger. Former Deputy Prime Minister of Armenia Tigran Avinyan, who visited the site of the powerful explosion at the Surmalu shopping market in Yerevan, told reporters this on Wednesday, NEWS.am reports.

"I am here as a member of the [ruling] Civil Contract Party Board and as a [Yerevan] mayoral candidate to be nominated by the Civil Contract Party. This tragedy was very sobering. It gives an opportunity to think about the storage of similar materials, the use of fireworks at our events. In 2021, a draft was discussed and adopted by the government, which virtually limited the use of fireworks during private events, allowing [them] only on national and community holidays," said Avinyan.

The ex-deputy PM of Armenia added that this matter will be discussed in an emergency manner at the session to be convened in September.

Avinyan ruled out that the aforementioned tragic explosion could be a terrorist act.

"Storing four tons of explosive materials anywhere, one small spark, and there can be similar consequences," he said.