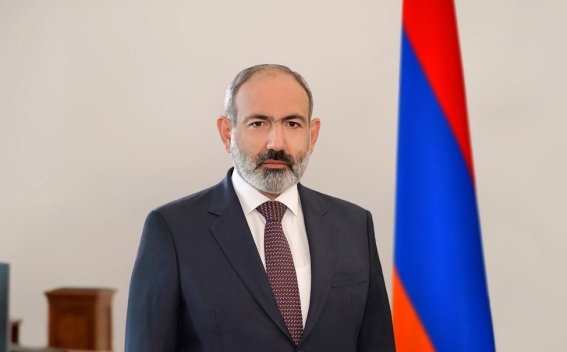 I heartily congratulate you on the election as the Prime Minister of the United Kingdom of Great Britain and Northern Ireland and the leader of the Conservative Party, wishing you success in your upcoming responsible mission.

I am confident that under your leadership, as well as thanks to your rich experience in public administration, the United Kingdom will continue to develop and prosper, bringing its weighty contribution to overcoming global challenges.

Armenia attaches great importance to the further development and deepening of multi-layered cooperation with the United Kingdom, based on democratic values, practical interests and mutual respect.

In this regard, I am full of hope that during your tenure, the Armenian-British relations will get a new impetus and quality, for the benefit of the prosperity of our countries and the welfare of our friendly peoples.

Armenia, as a democratic country, attaches priority to large-scale reforms aimed at ensuring the rule of law, the fight against corruption, the protection of human rights, and in this context highly appreciates the continued support of the United Kingdom to Armenia and the Armenian society.

This is a jubilee year in Armenian-British relations. we are marking the 30th anniversary of the establishment of bilateral diplomatic relations, which is a new milestone for valuing relations and outlining new prospects for cooperation.

During these three decades, the relations between our countries have consistently developed, encompassing political dialogue, inter-parliamentary, educational and cultural ties and economic cooperation. However, I believe that there is still unrealized potential in bilateral relations, and I expect close cooperation with the new government of the United Kingdom for discovering and implementing it, aimed at enriching the Armenian-British agenda with new projects.

I congratulate you once again, wishing you fruitful work and prosperity and success to the people of the United Kingdom."