The Chances That Scholz Will Arm Ukraine With Leopard 2 Tanks Are Small: Die Welt 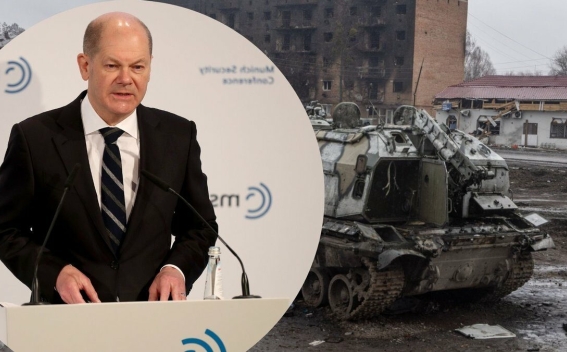 There is little chance that German Chancellor Olaf Scholz will soon approve the supply of modern German Leopard 2 tanks or at least outdated Leopard 1 tanks to the Armed Forces of Ukraine.

According to TOPNews, this is reported by Die Welt, citing sources in Ukrainian government.

The publication recalled that last weekend Prime Minister Denys Shmyhal visited Berlin, who ''absolutely constructively'' talked with Scholz about tanks and after the visit was supposedly optimistic in this regard.

''But, as Welt learned from Ukrainian government circles, the chances of a breakthrough are small. The chancellor did not make any commitments regarding the requested delivery of the Leopard 2. The conversation with Scholz about this was ''general and vague'', and there was ''no desire at all'' to change the position regarding tanks,'' the newspaper writes.

Welt recalled that the Krauss-Maffei Wegmann company offered this as early as April 8. KMW is ready to supply Ukraine with 100 Leopard 2A7 tanks, including spare parts and training modules, for a total of 1.55 billion euros. The first copies will be ready 36 months after the signing of the contract. The last tank should be delivered within 65 months. So far, the company has not submitted an export application to the government.