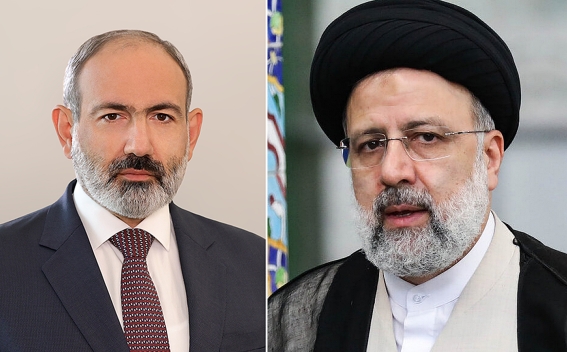 Prime Minister Nikol Pashinyan had a telephone conversation with the President of the Islamic Republic of Iran Sayyid Ebrahim Raisi.

The Prime Minister gave details about the provocative and aggressive actions being carried out by the armed forces of Azerbaijan against the sovereign territory of Armenia.

Ebrahim Raisi noted that a new war in the South Caucasus region is unacceptable and Iran is carefully following the developments. The President of Iran emphasized that all conflicts in the region should be resolved peacefully and Iran's position regarding the territorial integrity of states is clear.

The President of Iran recalled the words of the Supreme Leader of the Islamic Revolution, Ayatollah Khamenei, according to which Iran's connection with Armenia should not be endangered, and the communication channels should be under the sovereignty of the states. Ebrahim Raisi stressed that his country is ready to support the establishment of peace in the region, adding that the issue of Armenia's security is important for Iran.