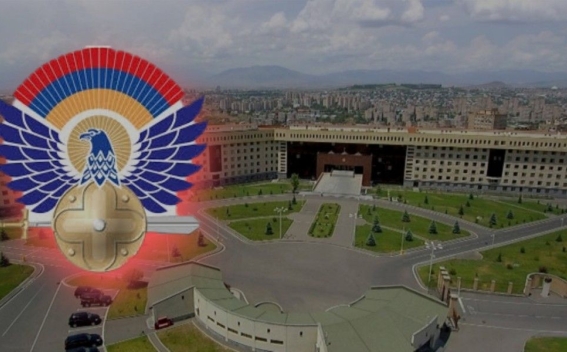 The Azerbaijani bombardments are targeting the military positions of Armenia in the direction of Jermuk and Verin Shorzha, as well as border towns. According to Armenpress Defense Ministry spokesperson Aram Torosyan said.

“Being committed to their style of spreading continuous explicit fake reports, the Azerbaijani Ministry of Defense released a statement falsely accusing the Armenian detachments in shelling Azerbaijani positions overnight September 13-14. This is yet another disinformation, which, as we are already convinced, is serving as a fake information background for their military aggression against sovereign territory of Armenia,” Torosyan said.

He said that during the night the Azerbaijani military bombed both military and civilian infrastructures with loitering munitions, and that intense artillery attacks began in the morning targeting military positions and border towns in the direction of Jermuk and Verin Shorzha.

“The adversary is receiving a worthy response. The Armenian Armed Forces are entirely fulfilling their combat objectives. As of 12:00 the intensity of the firefight in other directions of the adversary aggression has significantly decreased. Given the fact that videos made by the Azerbaijani propaganda, including fake videos and videos filmed during the 44-Day War are spreading on social media, we are urging to refrain from addressing these videos in any way, not to mention publishing them,” he said.