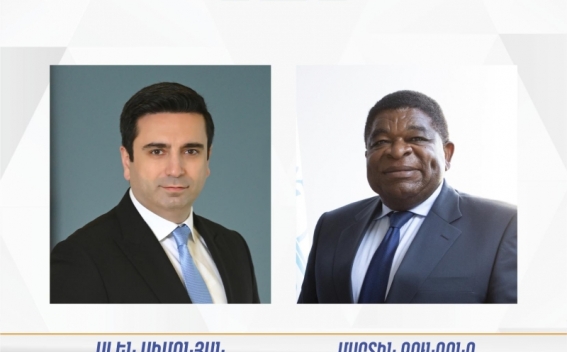 On September 13, the RA NA President officially addressed his international colleagues, informing them about the intensive attacks of the armed forces of Azerbaijan along the entire Armenian-Azerbaijani border of the sovereign territory of the Republic of Armenia. “They shell the Armenian positions in the directions of Sotk, Vardenis, Goris, Kapan, Artanish, Ishkhanasar, Jermuk and adjacent settlements, using the unmanned aerial vehicles (UAV) and mortars,” it was particularly noted in the letters.

The RA NA President informed that the Azerbaijani forces also deliberately target the civilian infrastructures and shell them. “The Armenian side have casualties, including dead civilians, and we have considerable losses of military technique,” it was underlined in the letters.

The NA President drew his international colleagues’ attention to the fact that during the last days the military-political leadership of Azerbaijan stubbornly created information base for that military provocation, every day spreading information about ‘the alleged shelling of the Armenian side.’ Alen Simonyan reminded that that behavior is an Azerbaijani well known style, which was proved after the 44-day war of 2020. “Regarding the aggression of Azerbaijan against the sovereign territory of the Republic of Armenia, the Government of Armenia addressed the Security Council of the United Nations Organization (UN), the Collective Security Treaty Organization (CSTO) and the Russian Federation, asking them to quote the bilateral Treaty on Friendship, Cooperation and Mutual Assistance. It is obvious that such outrageous and illegal actions of Azerbaijan became possible also as a consequence of the international community silence. Today, the absence of the targeted response and adequate actions resulted in more unbridled aggression of the Azerbaijani authorities,” Alen Simonyan summed up, calling on his colleagues to take measures for solving that vital issue and promote ceasing the aggression of Azerbaijan, which disrupts the stability and security of the whole region.