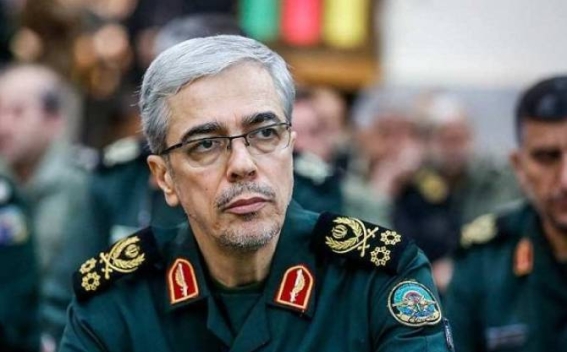 Chief of the General Staff of Iran's Armed Forces Mohammad Bagheri said Iran will not tolerate any change in the borders in the region, IRNA reports.

Mohammad Bagheri said they call on Azerbaijan and Armenia to solve the issues between them peacefully, through dialogue. "We do not seek conflicts and wars, but we do not remain silent when it is necessary to resist them", he said.