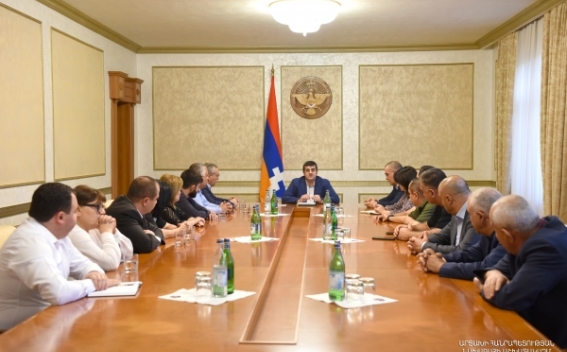 On September 23, Artsakh Republic President Arayik Harutyunyan, within the framework of the political consultations, received members of the "Free Motherland-UCA" parliamentary faction.

Regional developments and risks of their potential impact on Artsakh, security-related, foreign and domestic political challenges and steps to overcome them were on the discussion agenda.

An earnest dialogue was held on the issues raised during the meeting. Special reference was made to the security situation around Armenia.