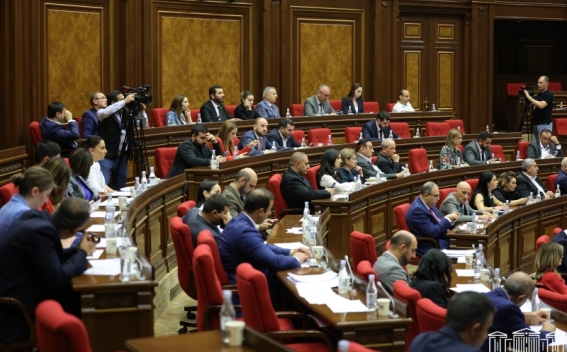 The draft law on Making Addenda to the RA Law on Military Service and Serviceman’s Status was debated in the second reading. According to the Minister of Education, Science, Culture and Sports Vahram Dumanyan, the Government proposes to give the students studying in the fields of natural sciences, technology, engineering and mathematics the right to deferment. The Government will define the list of universities and professions. The undergraduate, master’s and PhD students can use the privilege. The second proposed amendment raises the conscription age from 27 to 28 for the students who have received deferment.

''This is done because today we have 12-year general education, and 27 years have remained unchanged. That restriction was 27 years at a time when we had 10-year general education,'' the minister said, noting that this will solve the problem, and the students studying in postgraduate studies will not have to finish the dissertation and defend it in any way in the second year of the postgraduate studies.

The deputy Vilen Gabrielyan presented the endorsement of the NA Standing Committee on Defense and Security.