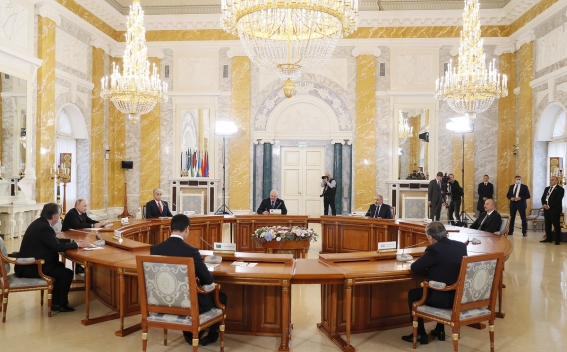 President Putin thanked the leaders of the CIS member-states for traveling to Saint Petersburg and said that at this meeting they will have the opportunity to discuss the items of the upcoming CIS summit due in Astana next week.