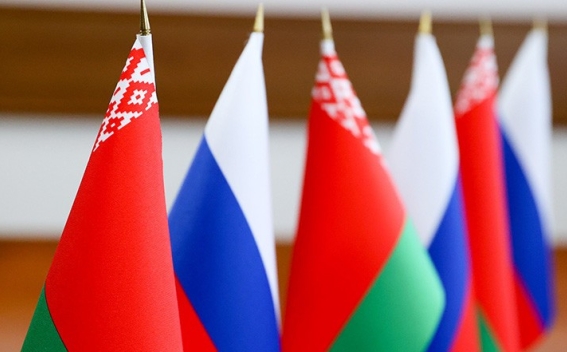 The Belarusian leader said that he had held a tete-a-tete meeting with Russian President Vladimir Putin after an informal CIS summit in St. Petersburg.

"In the wake of escalations on the western borders of the Union State, we agreed on deploying a regional group of forces of the Russian Federation and the Republic of Belarus. All these moves are consistent with our documents," the BelTA news agency quoted Lukashenko as saying at a meeting with defense and security officials.

"Now that the level of danger has reached this point, we will begin deploying a group of forces of the Union State," he said.

The Belarusian armed forces are the backbone of this contingent, Lukashenko said. "I must inform you that the deployment of this group has begun. It has been in progress for two days already, I believe. My order was given for us to start forming this group," Lukashenko said.

As the Belarusian leader said, Russia is now pre-occupied with its own problems to deal with this new conflict.

"A second conflict is what we do not need. As you know, they have their own problems now. That is why, do not count on a large number [from the contingent] of the Russian Armed Forces but this group will number more than one thousand-strong," Lukashenko said, addressing the defense minister.

"Be ready in the near future to take these people and put them where they need to be, according to our plan, without overdoing it and inflaming the situation," the Belarusian leader said.