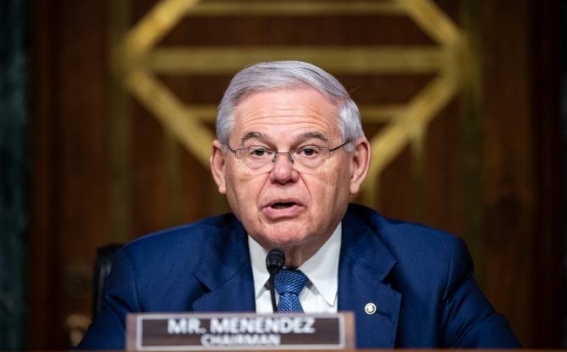 Delivering opening remarks at the Committee hearing entitled "Assessing U.S. Policy in the Caucasus", Bob Menendez said "this region is an ancient crossroads with deep geopolitical importance as a bridge between the West and the heart of Asia". But he added that "too often, dictators with imperial aspirations have victimized those living in the South Caucasus", mentioning the Turkish-supported Azerbaijani aggression against Armenia as an example.

"In 2020, Azerbaijan’s war uprooted close to one-hundred-thousand Armenians from their homes in Nagorno-Karabakh. Sixty-five hundred people died. Today, Armenians in Nagorno-Karabakh, the land they know as Artsakh, still face an acute humanitarian crisis. Including threats of ethnic cleansing and chronic shortages of water, energy, healthcare, and food. That is why I’ve pushed for more humanitarian assistance to help the victims—both in Armenia and in Nagorno-Karabakh", the Senator said, adding that because the U.S. humanitarian response has been insufficient, in his view.

"But incredibly … we are still sending security assistance to Azerbaijan. How on earth can the United States justify sending any kind of support—security or otherwise—to a regime in Baku?" the Chairman said. "It’s inexcusable. I personally think it is morally repugnant. And it makes a mockery of the FREEDOM Support Act."

"Section 907 of this act is meant to ban security assistance to Azerbaijan until Azerbaijan is quote ‘taking demonstrable steps to cease all blockades and other offensive uses of force against Armenia and Nagorno-Karabakh.’ And yet the Department of State has waived section 907 over and over again. It requested $600,000 for fiscal year 2022 to provide Azerbaijan with International Military Education and Training.

Suffice it to say that I am strongly opposed to having any aid go to a fighting force known for war crimes and aggression against a neighbor state", Bob Menendez added.

He stated that months before a video caught Azerbaijani forces killing unarmed Armenian soldiers in cold-blood. "Months before reports surfaced of Azerbaijani soldiers sexually assaulting and mutilating an Armenian female soldier", he said.

The Senator stated that the U.S. assistance and training has impacted Azerbaijan’s military balance with Armenia. "So I want you to give us all the details Congress has asked for so we can assess any assistance the U.S. provides to Baku.

Finally I want to be clear—I still have hopes for a lasting peace in the region", he said, expressing hope to hear from the attendees about what more they could be doing for peace in the Caucasus and specifically following the recent attack on Armenia", he noted.

"The people of this region don’t want to live under the threat of violence.

They don’t want autocratic rule, imposed on them by the barrel of a gun.

No one wants to live that way. Not you. Not me.

Not the Armenian people.

Not the people of Nagorno-Karabakh.

And that means ensuring that a peace deal does not lead to ethnic cleansing for the Armenia population of Nagorno-Karabakh. It means tackling the needs of the humanitarian crisis there. It means holding accountable those who order and carry out the violence we have seen in this region", he said in his remarks.