In February 2022, Suren Papikyan announced that the strategy is ready, but we have reached November but still the global strategy is not presented: Gegham Manukyan 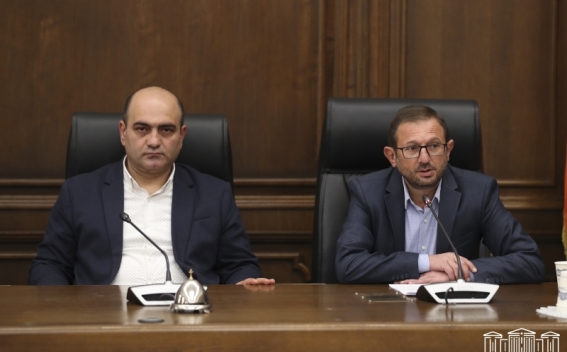 The budget that today’s authorities gave brought, again if we evaluate in social sense, is the following: every next day, also next year, our citizens, it refers to the working poor people, the lonely pensioners, in general, the poor families will live worse every next year than its previous day, as every next day the prices are increasing, and incomes adequate to it – no. The deputy of the RA NA Armenia Faction Tadevos Avetisyan said about this during the briefings following the NA sittings.

Assessing from the legal point of view, the deputy noted that this contradicts the constitutional main demands of our country, as the basis of the economic order of our country should be the social one.

Tadevos Avetisyan touched upon the social issues, the demographic problems, the inflation of consuming goods and low salaries, making comparisons between the salaries officials and ordinary citizens. According to the deputy, now there are all the factors of the intensifying inflation: it is designed that it will also be continued next year.

During the briefings the deputy of Armenia Faction Gegham Manukyan referred to their participation of the faction in the four-day sittings, noting that taking part in this plenary sitting was conditioned by the fact that the important items that they had were on their agenda, and they will take part in the debates and voice their viewpoint.

“The praised drafts are solely little details. It has been 2 years the power has been speaking about the strategy of the Armed Forces’ reforms. In February 2022, Suren Papikyan announced that the strategy is ready, but we have reached November but still the global strategy is not presented. They try to create an impression with small details that radical reforms are underway. In reality, this draft will replace the programme I AM, which the power in its substantiations notes that it has not succeeded. It means that this power with their appointed Ministers of Defense, military elite failed that programme and a new programme brings forth, which is problematic,” the opposition deputy noted.