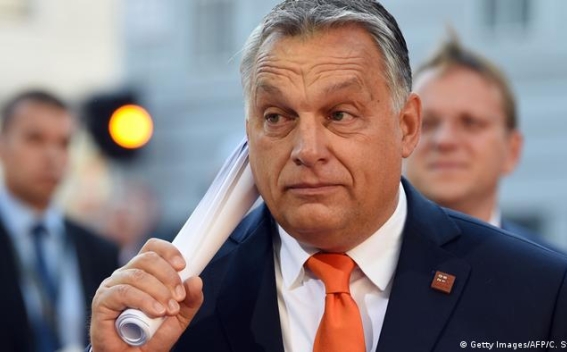 Hungarian Prime Minister Viktor Orban has taken the EU hostage, essentially demanding billions in exchange for lifting a veto on everything from aid to Ukraine to a global corporate tax deal, according to NEWS.am, Politico writes.
Hungary as a member deserved billions of euros from EU funds, he said. But Brussels has refrained from giving because of concerns about Budapest eroding democratic values, insisting that Hungary make some changes first.
Now both sides are moving toward an agreement: The EU is expected to unblock the money soon after Hungary promised a series of reforms. EU leaders insist that the amendments will reverse the country's declining democratic norms and better protect the bloc's money from falling into the hands of corrupt individuals. Budapest insists that it sincerely delivers on its promise.
Orban is blocking some of the EU's most pressing initiatives, including an urgent €18 billion aid package for Ukraine and a worldwide deal to set a minimum corporate tax rate. His gambit? Getting Brussels to hand over EU money to Budapest.
"This is blackmail, pure and simple," said an EU diplomat.
The stakes are high. In a no-deal scenario, Brussels risks losing face if it can't give Kiev the aid it promised or accept the global tax agreement it advocated. EU officials also do not want to push the Hungarian economy to its limits and do not want to be seen as exacerbating divisions while a war rages nearby.
EU affairs ministers are set to discuss the rule of law in Hungary at a meeting in Brussels on Friday, and their finance counterparts will formally decide whether to allocate money on Dec. 6. But the end result already seems prearranged.