Discussions on implementation of agreements reached between Armenia and Turkey to continue: MFA 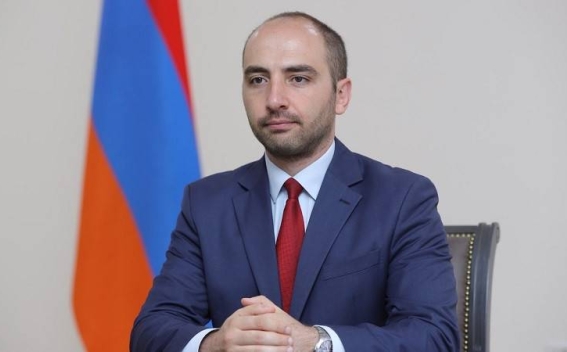 The Armenian Ministry of Foreign Affairs responded to Turkish President Recep Tayyip Erdogan’s spokesperson Ibrahim Kalin’s statement that in early November technical delegations of the Armenian and Turkish governments met at the border.

Armenian Ministry of Foreign Affairs spokesperson Vahan Hunanyan told armenpress that Armenian Vice Speaker of Parliament and Special Representative for Normalization with Turkey Ruben Rubinyan had announced about the meeting mentioned by Kalin in early November.

Hunanyan added that ministries in charge of implementing the agreements reached on July 1 by the Armenian and Turkish Special Representatives for Normalization were also involved in the meeting from the Armenian side.

“Technical issues pertaining to the implementation of the agreements were discussed at the meeting. The discussions will continue,” Hunanyan added.