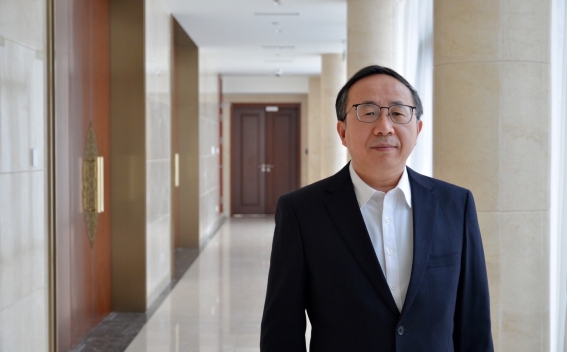 The 4th Eurasian Research on Modern China and Eurasia two-day conference is being held in Yerevan organized by the China-Eurasia Council for Political and Strategic Research with support from the Chinese embassy in Yerevan, Armenpress reports.

The Ambassador of China to Armenia Fan Yong said in his remarks that holding the conference is a major achievement. The forum is focused on many important issues, such as the relations between China and Eurasian countries and its importance.

“China plays a big role in implementing reforms in international systems. We are ready to do whatever depends on us to build the best future for humanity,” the ambassador said, noting that the conference contributes to creating new ideas and solutions. “This is a good opportunity both for strengthening the relations between China and Armenia and discussing various issues around the relations between China and the Eurasian Economic Union.”

China-Eurasia Council for Political and Strategic Research Director Mher Sahakyan said in his speech that the Eurasian Economic Union (EEU) and China signed an agreement in 2018 which allows EEU countries to strengthen political and economic ties with China.

Eurasian Economic Commission Director for Integration Development Gohar Barseghyan said that both the EEU and China have a big geopolitical role today.