The delegation headed by Arayik Harutyunyan met with Mayor of Paris 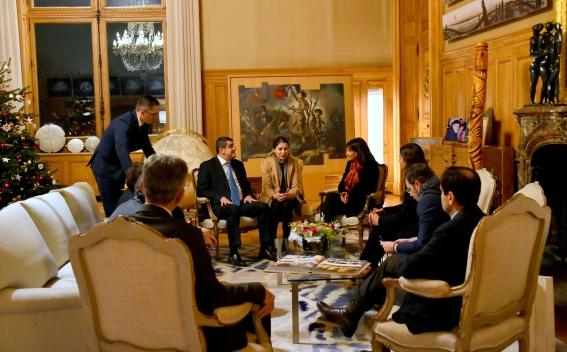 The delegation headed by President of the Artsakh Republic Arayik Harutyunyan met with Mayor of Paris Anne Hidalgo, the Presidential Office stated.

Arayik Harutyunyan highlighted the efforts of Anne Hidalgo aimed at protection of rights of Artsakh people, support of the struggle for international recognition of independence, as well as the protection of the spiritual and cultural heritage of Artsakh in the territories occupied by Azerbaijan. The President also thanked the members of the Paris City Council for voting in favor of the resolution recognizing the independence of the Republic of Artsakh.

President Harutyunyan underscored that the development of international relations remains one of the priority issues for Artsakh. In that context, the Head of the State highlighted the expansion and deepening of decentralized cooperation with French administrative regions and cities, expressing hope that bilateral relations will develop dynamically.

The Mayor of Paris assured that Paris will always stand by Artsakh and its people protecting its rights to self-determination and peaceful life.