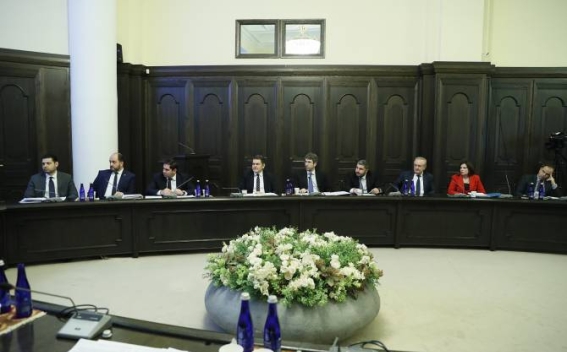 The executive has approved the draft Laws “On Foreign Intelligence Activities and Foreign Intelligence Service” and related laws. The Government Action Plan 2021-2026 stipulates the imperative to have a foreign intelligence service. According to the substantiation, taking into account the existing problems in the process of providing information by intelligence agencies during the Artsakh wars of 2026 and 2020, the need to improve the efficiency and quality of intelligence information, Armenia has an imperative to have a new quality intelligence and to form its own intelligence school in order to ensure the continuity of intelligence activities and the improvement of the field. The fact that Armenia is the only one in the region that does not yet have a separate intelligence service also proves the necessity of creating a separate intelligence structure. In case of the approval of the drafts, it is planned to have a service with modern infrastructures and material and technical support, which has a unique role in the process of ensuring the security of the Republic of Armenia, and carries out specialized foreign intelligence activities under the Prime Minister of the Republic of Armenia. The establishment of the foreign intelligence service will not only contribute to increasing the functional efficiency of the NSS, enabling it to focus on counter-intelligence and combating terrorism, but will also provide an opportunity to respond more flexibly and adequately to the challenges of the rapidly changing world and region.

The Government's legislative initiative was assessed as urgent and will be submitted to the National Assembly in the prescribed manner.

Referring to the drafts, Nikol Pashinyan said, “The world is changing in a dynamic way, and the ways and methods of external intelligence are also undergoing very significant changes. It is very important for us to be able to transform and develop our capabilities according to modern conditions and requirements. In that sense, I think one of the important notes is that intelligence methods, forms and formulas in the world are developing in a way that is not always directly related to the nature of military service. And we have made a decision in this regard, and it is also mentioned in the transformation stratgey of Armenia until 2050. in the transformation strategy, to create the Foreign Intelligence Service as a body under the Prime Minister".

The Prime Minister hoped that the adoption of the drafts will contribute to the development of the country's foreign intelligence capabilities. "Of course, it won't happen quickly. Moreover, it is very important to record that with this decision we will not violate the existing status quo in any way. That is, nothing will change in the lives of all of our intelligence services that are currently in place until we make sure that the newly created foreign intelligence service can absorb the functions that the National Security Service's Intelligence Department performs, in other words, it is able to fully implement it at a proper level without causing any damage to our capabilities," said the Head of the Government.

The Government allocated 1,272,701.4 thousand AMD to the regional administrations of Aragatsotn, Ararat, Armavir, Gegharkunik, Kotayk, Shirak, Syunik and Vayots Dzor for the implementation of subsidy programs.