Azerbaijan has given peace treaty text, we are working on it: Armenia Security Council chief 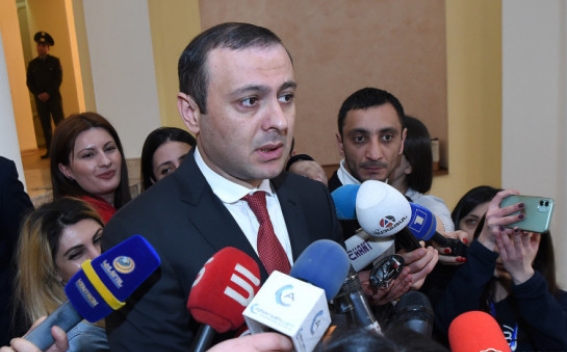 Armenia continues to work on the peace treaty, and it will return the respective text it received from the Azerbaijani side to latter but with its own considerations, and to organize a meeting in the near future. Armen Grigoryan, Secretary of the Security Council of Armenia, on Thursday told about this to reporters in the National Assembly, NEWS.am reports.

And when asked what new third proposals Azerbaijan has submitted on which the Armenian side is working, Grigoryan said: “They are not different. The work is done like this. Azerbaijan gave Armenia a preliminary text of the peace treaty; that is, the five points [are] more open. The Armenian side worked on that text and gave its response to Azerbaijan, and a meeting was held in Washington. After the discussions in Washington, Azerbaijan transferred its working version of that text to Armenia at the end of last month, or at the beginning of this month. Armenia is now working on that text, or making its additions and changes to that text, and we will transfer [it] to Azerbaijan soon."