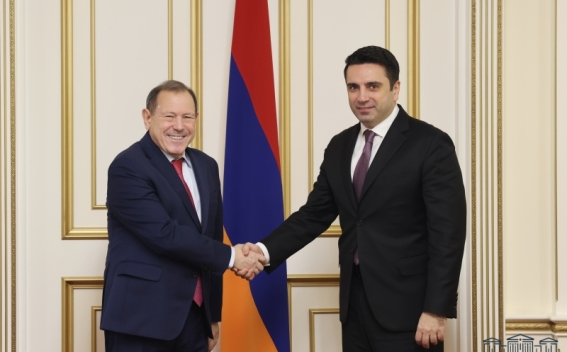 On December 9, the RA NA President Alen Simonyan received the Ambassador Extraordinary and Plenipotentiary of the People's Democratic Republic of Algeria to the Republic of Armenia Smail Benamara. Congratulating the Ambassador’s tenure in Armenia, the RA NA President expressed hope that the Ambassador with his activity will promote the development of the Armenian-Algerian relations. Alen Simonyan noted that the Arabic direction in the foreign policy of Armenia is important, and there are many succeeded examples of political dialogue and cooperation on the international platforms.

Both sides highlighted the strengthening of the inter-parliamentary relations, which will open a new page of cooperation between the parliaments of the two countries based on partnership and great perspectives.

At the end of the meeting it was recorded that on December 30, the 30th anniversary of the establishment of diplomatic relations between Armenia and Algeria will turn, and it is a good occasion to outline substantive agendas.