Preemptive Strike is a Part of the Right on Self-Defense 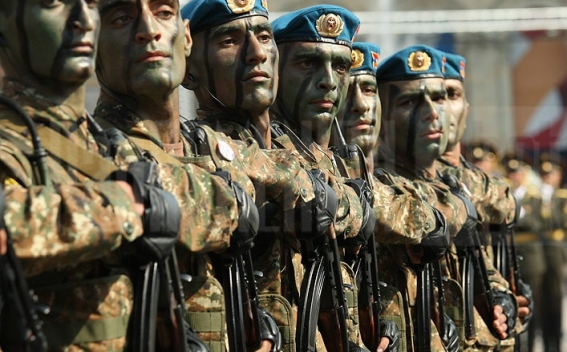 -  The speech delivered by the RA President in the Defense Ministry of Armenia on January 26 was by many called to be quite tough, especially the part when he declared about the right to commit a preemptive strike. What was the reason for such a speech and what can be expected in the future?

-  As for the President’s speech, I would like to emphasize that, according to me, it included messages with different addressees. The mechanism of preemptive strikes is not something new, but till not, the Armenian side has put its main stress on symmetric or asymmetric responsive actions. From President’s announcement one can assume that the Armenian side, under the circumstances, is making relevant changes in its actions. The Armenian sides with different levels have several times declared that our actions are only a response to the ceasefire violations by the Azerbaijani side, to the sabotages towards the Armenian positions, but now the circumstances are changing. The military expenses of millions of dollars, as well as the change of the nature of the border incidents and an unprecedented increase of tension by the Azerbaijani side make us commit preemptive strikes in parallel with asymmetric actions. This will, especially be done in case there is a larger and more threatening accumulation of forces across our borders. Preemptive strike from the point of view of International Law is considered to be a right of self-defense and presupposes a strike to the security threat. There are a lot of examples of preemptive strikes/wars in the history, and during the recent years this measure has been very effectively used by Israel.

Coming to the President's speech again, I should mention, that probably its rough nature is due to the long years of experience, which indicate that the only way to keep Aliyev and his supporters sober and retrain them, is a tougher response. I think there is no doubt that if Azerbaijan continues its short-sighted activities Armenia's response should be pretty tough to bring the opponent "back to the reality".

Besides the messages directed towards the Azerbaijani side, the President's speech also contained elements that were directed towards the international community. From the one side it was a signal, that Armenia is imposed to go to such tough rhetoric out of the situation, one of the reasons being the co-chairs' artificially "balanced", never revealing which side was guilty responses and corresponding statements. An obvious manifestation of the non-objectivity of the international community was not that much adequate response of the co-chairs of the Minsk Group concerning the destruction of the NKR defense army helicopter and the problem of retrieving the bodies of the pilots, which once more proved that the only guarantor of the RA and NKR security is the Armenian Army.

It is also noteworthy that the reservation of the right to commit preemptive strikes was also a signal that the Armenian side has a full command of the situation and is ready to a forced war, and the Azerbaijani thesis of "not starting war" presenting as a concession in the negotiation table is a chantage that does not work.

I hope that all the messages have reached their recipients and the Azerbaijani side after dozens of losses in the result of the operations of the Armenian forces will from now on be more reasonable and will start to more value the lives of its soldiers.

-  How would you explain the recent activeness of the opponent? What makes the opponent take such steps?

-  Unfortunately January with many border incidents was quite a tense month. Both sides suffered casualties, the full responsibility of which lies on the Azerbaijani authorities. To explain such an activeness of the opponent with one or two factors would not be right. This activeness is due to a number of factors, each of which has its own meaning.

At this moment the most important factor, no matter how strange it may sound, is the 100th anniversary of the Armenian Genocide. 2015 is an important milestone for remembering and condemning the Genocide. In Armenia, as well as in other parts of the world a number of events are being prepared dedicated to the centennial of the Genocide. Turkey in its turn, of course, is preparing for counter actions, for example, celebrations on the 100th anniversary of Gallipoli battle, etc. Probably just in this context it is logical that such activeness of the Azerbaijani side in the borders is due to Turkey's "request", which aims at distracting the attention of both the international community and the whole Armenians and taking away more resources from us.

Besides the Turkish factor, Azerbaijan's such activeness can be explained by the wish to distract the attention of its society from the internal problems – human rights violations, pressure on national minorities, etc.  In addition to internal audience, it is also directed towards the international community.

As for the possible effect of these events on the negotiation process, Azerbaijan again wants to re-activate its thesis, as if "not starting war is a big concession from its side", which is being circulated for the sake of extorting concessions. All the factors mentioned are more or less on the basis of the January activeness, another thing is how much Azerbaijan succeeded in accomplishing its goals.