"Maidan Syndrome" of the Russian Media 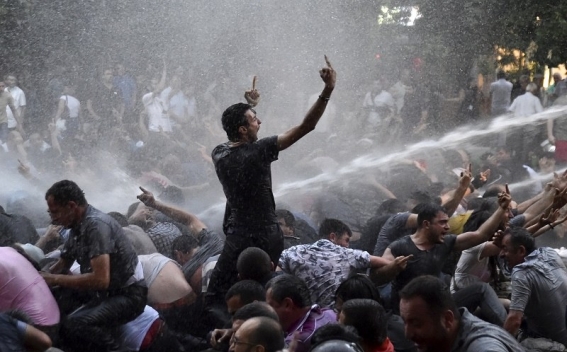 The protests in different cities of Armenia and especially in Yerevan are already several days in the attention of international media. However, in this case the surprising thing is not the international coverage of the protests, but the spectrum of this coverage full of propaganda.

All this is vividly expressed in the Russian media. This particularly refers to those media having links with Russian authorities. Russian media (to be objective, not all of them) presents the social protests in Armenia as a political one, moreover, it connects this with this or that opposition force. Here a question arises: Is this being done on purpose or those particular media editorials are not aware of the processes in Armenia at all?

The culmination of Russian media’s inadequate behavior is the so called "maidanization" of the protests. A small excursion into the Russia media is enough to meet such terms, as "energomaydan", "utility Maidan" and so on. Some Russian media and newly appeared analysts instead of rejecting any similarity between the protests in Yerevan and the Ukrainian Maidan, do not spare any effort in comparing the events of Yerevan and Kiev, even speaking about elements of conspiracy. Those, who want to explain Russia’s this kind of behavior, say that this is conditioned by the Ukrainian crisis, the influence of which is still preserved in the Russian media.

Since the beginning of the Ukrainian crisis a big burden of information-promotional block was put on the Russian media, which was often conducted through various mechanisms of manipulation and distortion of information in all possible ways. Despite the experience gained during the Russian agitation, they still lack flexibility, which should should have been expressed in working with different societies. It is this lack of flexibility that today we are witnessing a situation, when some Russian media cover the Armenian events using the same mechanisms and terminology as it was used during the Ukrainian events. The vivid example of this is the search of American "ghost", anti-Russian sentiments behind the protests in Armenia.

However, the "maidan syndrome" of the Russian side turned against them and it caused anger among protesters.