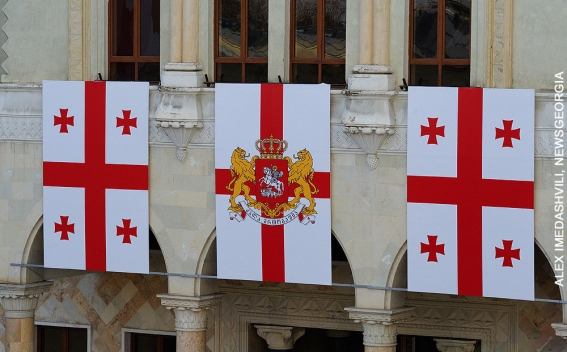 2015 in Georgia was a relatively complex, at the same time a year full of different events. Both in domestic and foreign policy of Armenia's northern neighbor both achievements and certain difficulties have been recorded. Let’s briefly refer to what happened in Georgia in 2015.

The internal political processes in Georgia were closely related to the state of the economy in the country. Having started the year with 30% inflation of GEL, the ruling "Georgian Dream" during the whole year tried to find different solutions to gradually deepening economic problems. The reduction of transfers from Russia, the periodic inflation, the high unemployment rate - were quite strong challenges for the authorities, in particular for the government.

The situation was further exacerbated when the opposition, especially the "United National Movement", started to manipulate with the existing problems. All this, of course, affected the public mood, and as a manifestation of this, we witnessed mass rallies organized by the opposition.

Against the background of growing discontent, the government tried to maneuver through various reforms, even through changes of posts. In this sense, it should be noted that in 2015, a number of changes in the personnel of Georgian government took place that incorporated such state structures, as Foreign Ministry, the Ministry of Economy, Defense, etc. It is also noteworthy that certain rearrangements took place in the Parliament: various contradictions in the coalition "Georgian Dream" arose. In addition, there was a split in the "United National Movement", and several deputies that left the party created a separate opposition faction.

The culmination of the domestic political process, perhaps, was the resignation of the Prime Minister Irakli Garibashvili on December 23. In spite of various comments, it is more logical to see this move in the context of Georgian Dream’s preparatory step for the parliamentary elections of 2016.

Among the domestic political processes, it may be right to separate the events around the TV channel "Rustavi 2". The claim of its former master in the court for restoration of his rights was perceived by the opposition and presented as an attack on alternative opinion, freedom of expression and press freedom. Moreover, similar comments of opposition were also distributed among the European partners of Georgia, and even ambassadors of various countries came up with warning statements.

From the internal political events of 2015 one can remember that the former President Mikheil Saakashvili was declared internationally wanted. However, Interpol refused to move the case, considering this step of Georgia political motivated. Several months later, the Ministry of Justice started and brought to the end the process of depriving Saakashvili from Georgian citizenship – the decision was based on the fact that Saakashvili already had Ukrainian citizenship.

In total, if we try to generalize the domestic political year of Georgia, we can definitely say that from the middle of the year the country started preparing for the parliamentary elections of 2016. Both the opposition and the government unequivocally and clearly realize that they have much to do. Several recent opinion polls prove this, according to which in relation to the two major forces - the ruling "Georgian Dream" and the opposition "United National Movement" - public support varies within the limits of 13-15%, while the number of undecided citizens is sufficiently large.