Georgia's Expectations From NATO Have Changed 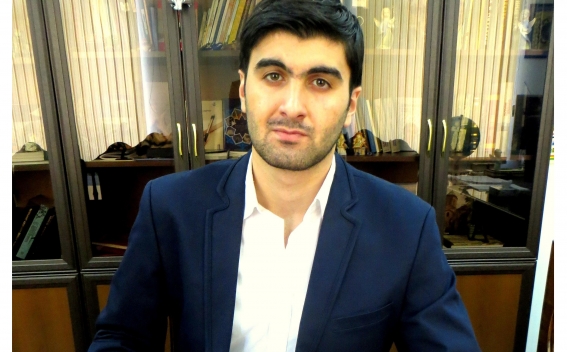 Discussions on Georgia's possible membership to NATO have activated recently. During the presidency of Mikheil Saakashvili Georgia officially announced its aspirations to join NATO. In 2008, even a referendum was organized in the country, according to which, 77% of the population was for the organization's membership. Since then Georgia has made significant steps towards the implementation of the necessary reforms and strengthening bilateral cooperation.

In parallel to the reforms, Georgia periodically has been announcing certain expectations from NATO, demanding to evaluate its progress. From this point, annual summits of NATO were considered milestones, as all significant decisions regarding the partners are made during that summit.

After "Georgian Dream" came to power, this policy remained unchanged and politicians at various levels continued to make statements, according to which NATO should understand and give the green light to Georgia. In NATO, however, there are different opinions on the expansion of the alliance and the membership of Georgia; and as a result, Georgian expectations still have not been met.

According to NATO procedures, there is a special tool for joining NATO - Membership Action Plan (MAP). It is an action plan, which is being provided by the Alliance to the membership candidate countries. The main goal of the plan is to prepare the country for membership through implementing the necessary reforms in all major areas (political, economic, military, legal, etc.).

It should be noted that until recently, the Georgian authorities have been constantly voicing about their expectations to get MAP. Moreover, on the eve of summits such statements were creating exaggerated expectations in Georgia's public and political circles. However, as these expectations were not met, it caused disappointment, which is fraught with risks for public apathy towards the Euro-Atlantic vector. Recently this situation and possible threats were voiced by some Georgian politicians as well as from NATO, calling the authorities of Georgia not to create exaggerated expectations.

It seems that Georgian authorities also realized that the exaggerated expectations affect not only their reputation but also on public perceptions. This perception led to changes in Georgia's policy regarding membership as well. In particular, after Tinatin Khidasheli (in May 2015) was appointed as the Defense Minister the calls of Georgia to NATO were changed. In the statements Georgia began to demand membership, instead of NATO Membership Action Plan, "considering it to be in the past." The Georgian authorities expect that NATO may be guided with the experience of the Baltic republics regarding the country's membrship to the Organization.

It is also noteworthy that the intensity of the visits of Khidasheli to the European partners seem to exceed its predecessors. During his visits to NATO member countries, she uses another interesting approach. To receive support from the European partners, the Georgian Defence Minister is manipulating with the Russian factor, in particular, taking forward the thesis that "if Georgia is not a NATO member, it can become a victim of Russian aggression."

It is too early to assess whether that practice is justified, however, it can be said that NATO will hardly make any exception concerning the issue of Georgia's membership, allowing it to bypass the Membership Action Plan. Moreover, NATO Secretary General Jens Stoltenberg recently announced that Georgia cannot join NATO without the Membership Action Plan and should work with all NATO member countries to ensure consensus on the issue.

Another very important factor should also be mentioned. There is the main obstacle on the path of NATO membership for Georgia and Ukraine. As long as these countries claim that their territorial integrity has been violated by a third country, their membership in NATO (not the process of getting membership) is not realistic. According to the NATO Charter, aggression against any member is considered as aggression against the entire Alliance, and, of course, this presupposes corresponding response. Taking into account all this, we can assume that NATO will hardly met the Euro-Atlantic aspirations of Georgia and Ukraine, thus taking "the responsibility for restoration of territorial integrity."

Summing up we can say that the results of the summit in Warsaw (in July) is quite important for the Georgian authorities, as it may affect on the results of the upcoming parliamentary elections (in the fall of 2016). Therefore, "Georgian Dream" on the one hand should not create exaggerated expectations before the summit to avoid disappointment among the public, on the other hand, it should intensively work with partners to ensure tangible result (at least not formal) for Georgia's NATO accession .