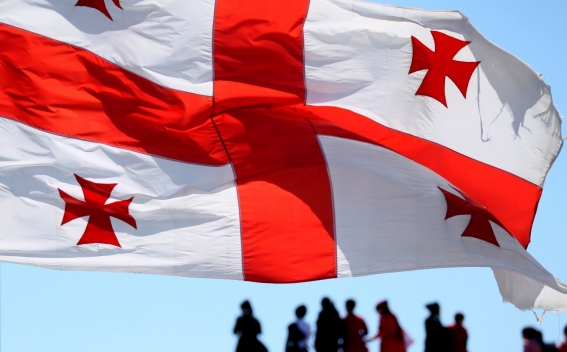 The relative truce established after the completion of the 4-day war in the NKR-Azerbaijani border gives the opportunity to look back at the stance adopted by our neighbors during those days.  In this regard, special attention should be paid particularly to Georgia.

Having close ties with both Armenia and Azerbaijan, on the other hand, having a large number of Azerbaijani and Armenian communities, Georgian authorities, can be said,  appeared in a difficult situation. The continuation of the conflict escalation and its possible expansion along Armenia-Azerbaijan border is fraught with serious threats for Georgia. Such a development was quite aptly characterized by the co-founder of NGO ''Georgia's Reforms Associates" (GRASS) , analyst Sergi Kapanadze; ''God forbid, if there is a large-scale war in Karabakh. I do not know who will be the winner in this war, but Georgia is likely to lose in it''.

It seems that the Georgian authorities also had this perception. After resumption of military actions in NKR-Azerbaijani border many Georgian senior officials urged for peaceful settlement of the issue.  On April 2, President of Georgia Giorgi Margvelashvili urged the parties to reduce tensions and called for a peaceful settlement of the conflict. On April 3 Prime Minister of Georgia Giorgi Kvirikashvili, in his turn, held a special meeting related to the escalation of NKR-Azerbaijani border. The meeting was attended by the Georgian Foreign Minister, parliamentary committees' presidents and security ministers.

It is noteworthy that Georgia, taking into consideration the potential risks of regional-scale escalation, adopted a neutral stance from the beginning. Georgian Foreign Minsiter Mikheil Janelidze, Defense Minister Tinatin Khidasheli, Georgian Chief of Staff Vakhtang Kapanidzen were in touch with their Armenian and Azerbaijani counterparts to discuss the problem and the created situation.

The only "strange" incident probably was that after the telephone call between Defense Ministers of Georgia and Azerbaijan, the Azerbaijani Foreign Ministry published a statement claiming that during the conversation Khidasheli noted that "Georgia has always supported the territorial integrity of Azerbaijan," in connection with which no information was found in the Georgian official statement.

It is noteworthy that for the settlement of the situation and for reducing tensions the Georgian side made a proposal for mediation between Armenia and Azerbaijan, however, according to the Defense Minister of Georgia Tinatin Khidasheli, Armenia and Azerbaijan did not make such a request to Georgia.

The representative of the parliamentary majority "Georgian Dream" party Levan Berdzishvilin said that "one should be cautious in the created situation. We never support any of the parties and have not offended our neighbors. "

"Georgian Dream" party made a very important initiative; representatives of parliamentary majority, Armenian and Azeri deputies Ruslan Poghosyan and Ali Mamedov jointly issued a statement in connection with the Karabakh events, urging the Georgian citizens, in particular Armenians and Azerbaijanis, to refrain from statements and actions, which could in any way affect national minorities tradition of jointly living in the territory of Georgia’’.

This statement was very important, considering that dozens of Azerbaijanis and Turks organized a support rally in Tbilisi in front of Azerbaijani Embassy in Georgia on April 4. In addition, another Azerbaijani parliamentary MP Azer Suleymanov said earlier that he is planning to leave for Azerbaijan with a 150-member contingent in order to help the Azerbaijanis. This move was seriously criticized both by public circles and by Georgian media.

Unlike the majority of Georgian political parties, in the statements of which the neutral approach was superior, former Georgian President Mikheil Saakashvili's "United National Movement" opposition party’s statement was significantly pro-Azerbaijani. "We support the reduction of tension and the final peaceful settlement of the conflict. The key problem lies in the fact that conflict settlement should be based on territorial integrity and on the principles of meeting the needs of internally displaced persons and humanitarian needs of the population," the statement of the party reads.

What refers to the analytical field, the Georgian expert community, imagining the possible consequences of the escalation of the Karabakh conflict for the whole region, urged for immediate reduction of the tension and conflict settlement only by peaceful means and most importantly by the neutrality of Georgia. It is noteworthy, however, that although some Georgian experts, who traditionally carry out Azerbaijani orders, this time once more made statements supporting their strategic ally Azerbaijan in every possible way.

A similar situation one should see also in the Georgian media. The fact that some Georgian media had their correspondents in NKR, who were presenting the developments immediately from there, and within various TV programs both the Armenian and Azerbaijani sides' approaches were presented in order to keep the balance between them, should be positively assessed. However, the mechanisms of Azerbaijani lobbying through the media were also obvious attempts to present the conflict, April developments from pro-Azerbaijani positions.

As for the Armenian and Azerbaijani communities in Georgia, a number of Armenian community non-governmental organizations expressed their support to Mother Armenia and Artsakh, and Azerbaijani community non-governmental organizations – to Azerbaijan. The developments taking place in communities were in the center of Georgian authorities attention, as in case of the conflict continuation unpredictable developments would have come forth, including the probability of clashes.

Summarizing the above-mentioned, we can conclude that Georgia is probably one of the countries most interested in peaceful settlement of the conflict. In case of large-scale military actions Georgia will indirectly be involved in the conflict, and this realization makes Georgian authorities to act in a neutral position. There is another public level discomfort in Georgia connected with new regional destabilization, which in turn makes expert circles and the media to revise their earlier approach (which were formed with the support of the Azerbaijani lobby), and realize the real interests of Georgia and due to it adopt a neutral stance. Let's hope that this sober thinking will be maintained also in the future...