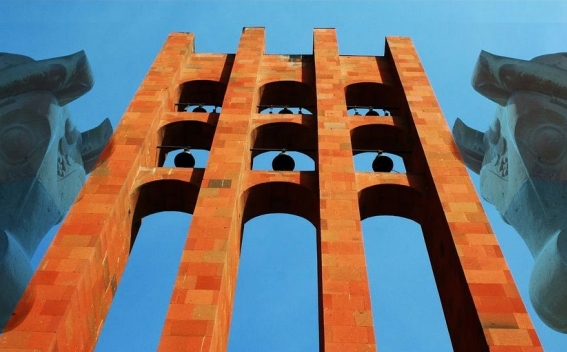 After organizing the Genocide of the Armenians in Western Armenia, Turkish armies invaded  Transcaucasia, aiming to exterminate also the Armenians in Eastern Armenia thus once and for all eliminating  the Armenian  barrier on the way to realization of the pan-Turkic  projects. Throughout its whole history the Armenian nation struggled for many times to get rid of foreign dominance and to achieve its independence. However this time the issue of the existence or non-existence of the whole nation was on the table. British historian Christopher Walker on the occasion noted that if the Armenians lost Sardarapat Battle it would mean that the word "Armenia"  would becoming  just a historical, geographic name.

By their victory over Turkish army on May 26 in Sardarapat the Armenian forces managed to prevent the Turkish invasion to Transcaucasia and save Armenia from complete destruction.

Losing the Sardarapat Battle Turkish army with new forces rushed to the front of Bash-Aparan aiming at attacking Yerevan from the north. The commanders of the military unit in Yerevan sent to the Bash-Aparan front a military group under the leadership of  General Drastamat Kananyan (Dro). As a result of  battles that lasted from May 26 to 27 Dro’s military group finally managed to give a crashing blow to the opponent and Turkish troops retreated to the west from Bash-Aparan. The ballets for Gharakhilisa continued  for four days. However at the end Gharakhilisa was invaded by the Turks because of their substantial superiority in the number of their forces. The Turkish forces were also supported by three thousand askyars operating in Gharakhilisa. However, the strong resistance in Sardarapat, Bash-Aparan, Gharakhilisa made the Turks give up the plans of  further intrusion. The Armenian victories in Sardarapat, Bash-Aparan, Gharakhilisa failed the plans of the Turks to exterminate the Armenians in Transcaucasia.