May Independence: the Region Yesterday and Today 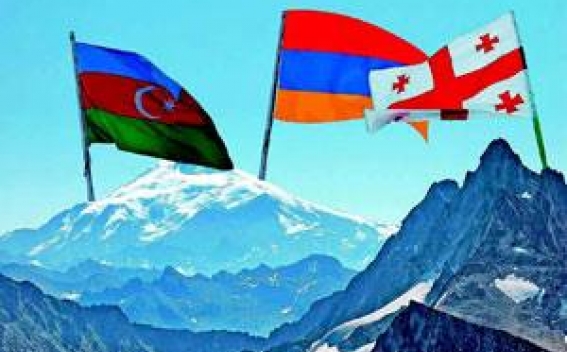 The three republics of the South Caucasus – Georgia, Azerbaijan and Armenia – celebrate the day of the Republic on May 26-28. This day symbolizes the sovereignty, independence and state-building.

After the Bolshevik revolution in 1917 a Transcaucasian commissariat was formed in South Caucasus under the governance of menshevikes. On February 1918 the Transcaucasian Seim was formed, which was formed by dashnakutsutyun, musavats and mensheviks. Later, on May 26, 1918 Georgian mesheviks demanded to dissolve the Seim, and announced the independence of Georgia. Then Azerbaijan and Armenia also announced their independence. In this way the first Republic of Armenia was formed

Later this three states again lived together within the USSR, and their independence was reestablished only after the collapse the Soviet Union. Today it can be stated that very few things connect these states.

It is difficult to consider the region to be one organism, as Azerbaijan together with Turkey tries to keep Armenia in a blockade - there are no communication, transit ways that connect the three states of the South Caucasus, even the mobility of people is limited.

The foreign policy of the states also differs much. Though the EU tries to engage them in the policy of the Eastern Partnership and urge them to develop both bilateral and multilateral, trans-border relations, the goal was not reached.

Today Georgia already is implementing the Association Agreement with the EU and is waiting for the non-visa regime, also it aimes to become the member of NATO. Georgia is also an important partner of the US and gets many investments. Still there is a tension in the relations of Georgia and Russia after the war of 2008. Georgia builds its foreign policy in Western vector, not even avoiding the will to become a member state of the EU.

Armenia has always been and continues to be a strategic ally of Russia in the region. At the same time, Armenia effectively cooperates with the EU, met all the criteria to sign the Association Agreement, and today also makes steps to develop and deepen the relation with the EU and sign a new agreement, legal base of the bilateral relations. The foreign policy of Armenia is based on the principle of balancing, being the member of the EAEU and developing cooperation with the EU.

The situation in Azerbaijan is different. It’s considered to be the "junior brother" of Turkey. But also Baku tries to develop economic and political relations with Russia, USA and Europe. This is being done under the intention of having an independent foreign policy and non-alliance.

And though Georgia has deep relations both with Armenia and Azerbaijan, de-facto it is not possible to speak about united region today.

If Armenia and Georgia have a compareable level of democracy, human rights and freedom of speech, we can not say the same about Azerbaijan, which is far behind. All, the internal, foreign policy and even political culture of Azerbaijan is very different. Even for the young generation it sounds strange when they listen the stories about the brotherhood of the past. And the reason is the Karabakh conflict, aggressive policy of Azerbaijan and Armenophobia.

But the stability and peace of the region is in the interest of all the states of the region and in many cases each of them will gain much from the unity. The three states today move in different ways, but geographicaly they stay next to each other. So, confidence-building and cooperation should be the best solution for them, which today seems too far.