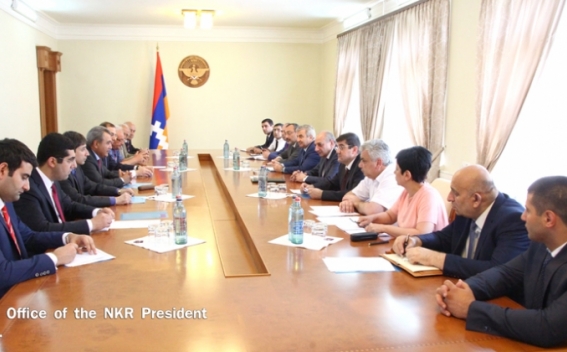 Issues related to the organization of the 7th Pan-Armenian summer games to be held in Artsakh in 2019 were discussed during the meeting.

President Sahakyan highlighted holding the Pan-Armenian games in Artsakh from the viewpoints of developing the sphere of sports and culture, as well as cementing the Armenia-Artsakh-Diaspora trinity underlining that everything possible would be done for organizing the games at the highest level.

National Assembly chairman Ashot Ghoulyan, prime-minister Arayik Haroutyun and other officials were present at the meeting.