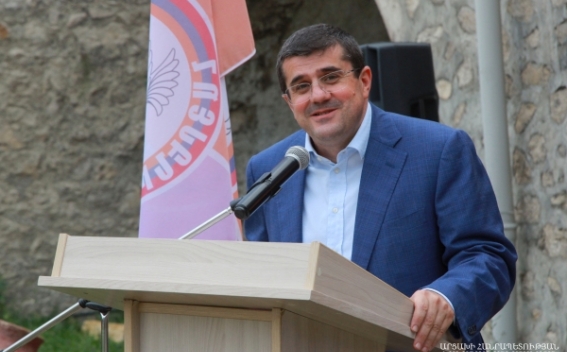 On 8 September Artsakh Republic President Arayik Harutyunyan visited the town of Shoushi and partook in the festive event organized by the "Azat Hayreniq" party on the occasion of the Artsakh Republic proclamation, official website reports.

The Head of the State welcomed the participants underlining in his remarks that the freedom and independence of Artsakh had been gained at the cost of great struggle. According to the republic's President, in order to have a developed and competitive state, it is an imperative to have a knowledge-based and diligent youth, to ensure its involvement in the political system of the country, as well as in all the spheres of life.

During the solemn event, President Harutyunyan handed party tickets to a group of young people who had joined the ranks of the political force.