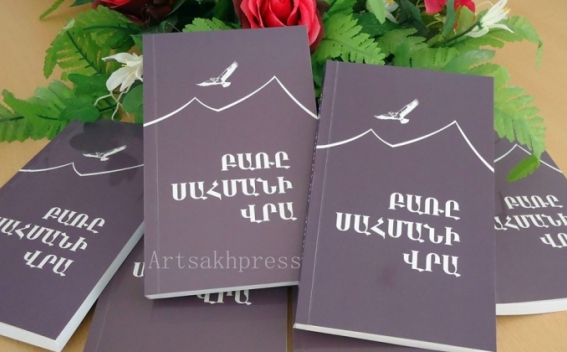 In the framework of Muratsan (famous Armenian writer) days in Artsakh (Nagorno-Karabakh Republic) a presentation of the the book entitled "The Word on the Border" by the sponsorship of a literary critic, bibliographer, translator, essayist, member of the Writers' Union of Armenia, national-public figure, Vice-President of the Writers' Union of California Hovsep Nalbandyan, took place in Stepanakert University after Grigor Narekatsi, Artsakh Press reports.

The book is devoted to the 25th anniversary of the NKR independence.

In the opening ceremony of the presentation the rector of the University after Grigor Narekatsi, President of Artsak Writers' Union, Vardan Hakobyan noted that the book "The Word on the Border" includes  the works of the Artsakh literary family, both prose and poetry, as well as Artsakh folklore semples.