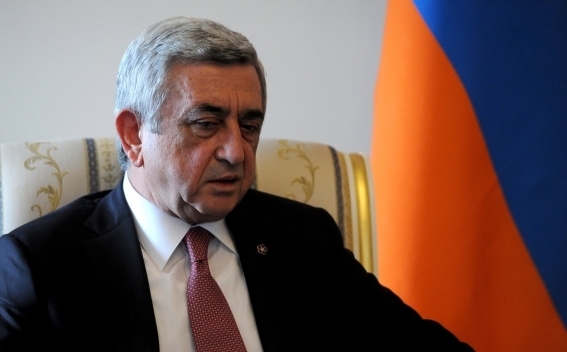 President Serzh Sargsyan sent today a letter of condolences to the President of the Islamic Republic of Iran Hassan Rouhani on the inflammation and collapse of a commercial building in the center of Tehran, which killed and injured rescue workers and firefighters who were selflessly carrying our their duties.

“I am confident that decisive measures undertaken by the relevant bodies in the friendly Iran will allow to overcome the concequences of this tragedy. I express deep condolences and support to the families and friends of the victims and wish them endurance, strength and tenacity as well as a speedy recovery to the injured,” reads the letter of condolences of the President.