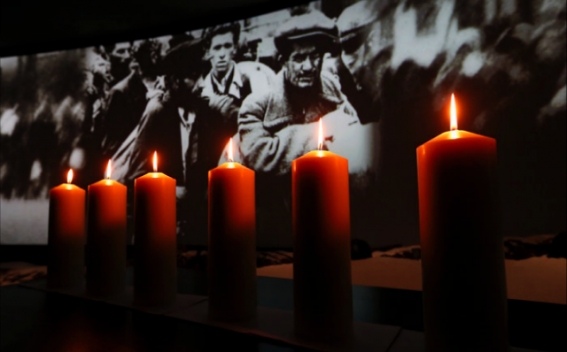 Rabbi Sacks
27 January marks the anniversary of the liberation of the Nazi German Concentration and Extermination Camp of Auschwitz-Birkenau by the Soviet troops in 1945. This date was proclaimed International Day of Commemoration in memory of the victims of the Holocaust in accordance with the United Nations General Assembly Resolution 60/7 dated November 1, 2005.
As The Guardian informs, more than 200 survivors from some of the darkest chapters in recent human history joined religious leaders, dignitaries and 1,000 guests in Westminster on Thursday in the act of remembrance for the 6 million Jews murdered as part of Hitler’s Final Solution, and those who died in The event took place on the day before the 72nd anniversary of the 1945 liberation of Auschwitz-Birkenau, the largest Nazi death camp.
The word "Holocaust", which is derived from the ancient Greek word holocaustosis meaning "destruction by fire", began to be widely used after the publication of books by Elie Wiesel (1986 Nobel Peace Prize winner), a former concentration camp prisoner and Holocaust survivor. According to TASS, he coined the term Holocaust to define the mass murder of Jews by the German Nazis on the territory of Third Reich, its collaborating regimes and occupied countries. According to historians’ estimates, over 6,000,000 Jews fell victim during the Holocaust.