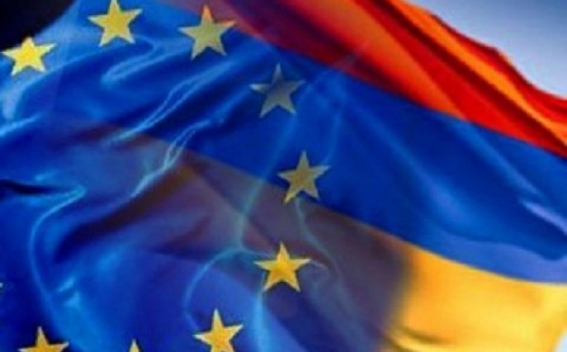 "Armedia" IAA presents the article (original version in Armenian published in Tert.am) of the expert of "Insight" Analytical Center for Applied Policy and Research, Anna Karapetyan.

The parliamentary elections to be held in April will play an important role both for internal, as well as for foreign politics of Armenia. This election will become a unique indicator for the effectiveness of the process of democratization, reforms and political will, the results of which will also be projected on Armenia’s relations with the West. As for the active involvement of the EU in the preparation process of the elections, it shows EU’s attention towards Armenia and the importance of the relations for Brussels.

European Union has shown a great support to Armenia in the processes of Constitutional reforms and preparing the new Electoral Code, also highly praising government-opposition dialogue. Moreover, the EU has announced it will give Armenia 7 million Euro for the preparation of the elections and for carrying out the reached agreement on ensuring transparency of the elections. The head of the EU delegation to Armenia Piotr Świtalski has said during one of his press-conferences. "We have set a record in terms of the transfer of the amount of money from Brussels to the RA - around 62 million euro of assistance, of which, in particular, the 7 million euro was allocated to the preparations for the next elections."

These amounts show that the European Union attaches great importance to the democratization processes in Armenia and is ready to support in recording a success. Moreover, these amounts are results of consistent joint work, as the EU is guided with "more for more" principle and the size of the amount has gradually increased based on carried out agreements, reached progress and effectiveness. This, in its turn, proves Armenia to be a reliable partner for the EU.

In 2013, when Armenia declared about its decision to participate in the integration processes in the Eurasian area many started to talk about emergence of lack of confidence in EU-RA relations, about Armenia forever losing the perspective of European Integration, etc. However, the consistent work carried out by Armenia after 2013 created a situation that now the RA and the EU are negotiating over a new framework agreement, which is expected to be completed by spring. "We hope that in 2017 the framework agreement will become a reality, the perspective is quite optimistic, the negotiators are close to signing the agreement," Piotr Świtalski said.

And the important thing is that the new agreement will include provisions referring both to political and economic spheres. This means that Armenia has succeeded in creating a dialogue with the European partners and having such level of mutual confidence that has made the new agreement possible to negotiate over and consider for signing, as well as this dialogue has made possible the support of the EU to the democratization process of Armenia.

This is a positive tendency, which is important to keep and develop. In this regard parliamentary elections will have great importance, more precisely just and transparent elections and its whole process is what is important.

Constitutional reforms, as well as the new Electoral Code agreed and adopted with the dialogue of the opposition and the civil society is a "step forward" in the democratization process. And this is already recorded both by the European partners and the international organizations that will observe the elections.

"Most OSCE/ODIHR NAM interlocutors largely welcomed the legal amendments, viewing the scope of public consultation and spirit of co-operation between political forces as a positive development in building public confidence ahead of the elections," OSCE/ODIHR Needs Assessment Mission Report reads.

Thus the first step for carrying out transparent elections and having public confidence is done, the next is to come – proper election campaign and elections. The authorities of the country also perceive the importance of this.

"When the negotiations on the Electoral Code were underway with the representatives of the opposition and civil society, there was no point round which we were not constructive, where we didn't make reasonable concessions to have an Electoral Code adopted through political consensus.  This is unprecedented not only for our country but generally in practice. Thus, we must be very careful about our input in this,'' RA President Serzh Sargsyan said at the session of the Republican Party of Armenia (RPA) Board.

This at least shows that the ruling party gives importance to the promotion of positive changes, to justifying the expectations of the society, at the same time it attaches importance to creating a new political culture in Armenia.

At the same time taking into consideration how interested the external partners are towards the whole pre-election process as well as the elections themselves, the April elections will become an important touchstone not only for the internal political life of Armenia, but also for its external relations. Everything points out that the EU attaches importance to its relations with Armenia and makes efforts for their development.

If Armenia is able to carry out transparent elections of a proper level, it will become a new impetus for the RA-EU relations creating new opportunities, at the same time fixing in the consciousness of European partners that significantly differentiating Armenia from other EaP countries that have signed the Association Agreement is not a right thing.