The New Draft Constitution Provides a Solid Basis for the Democratic Development of Artsakh: German Professor 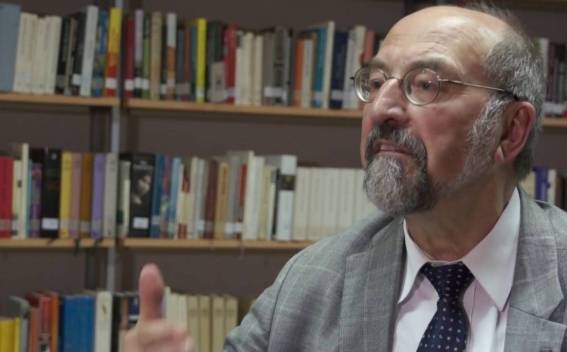 The campaign on Constitutional reforms in Nagorno-Karabakh Republic is actively going on. For unrecognized states the correspondence of the processes taking place in the country to international legal standards is very important. With the request of "Armedia" IAA’s partner NGO "Euroepan Integration" the Professor of the University of Hamburg Dr. Otto Luchterhandt gave an expert opinion on the new graft of NKR Constitution.

The latter highly praised the draft of the Constitutional reforms of NKR highlighting the importance of the existence of the balance of the branches of powers in it.

Professor Luchterhandt especially stressed the importance of the fact that despite passing from semi-presidential system to the presidential one, the draft grants quite strong position to the legislative body. "It creates an institutional counterbalance, which strengthens the principle of the division of power." It is stressed that taking into consideration the small number of the deputies (33), the political weight of each deputy in the Parliament raises.

The importance of granting legislative powers to the civil society is particularly emphasized. "The regulation of Part 2 of Article 122 is a praising one, as it gives a relatively small number of civilians (2.5 percent), but a very active one, who have the right to vote, to present a draft bill to the National Assembly," the expert mentioned.

In the context of the separation of the branches of powers, it is noted that the project satisfies the requirement of independence of the judiciary.

As a drawback in the draft Constitution, he mentioned the small number of the members of the Supreme Court of Appeals – 5 people. He noted that the absence of one of the judges could disrupt the activities of the Council, and proposed to increase the number of Council members or form a reserve staff.

"The draft provides a good and strong basis  for the development of Artsakh Republic, its state institutions and the civil society, for the development of democracy based on law. With the adoption of the Constitutional reforms during the referendum, Artsakh people will create a solid basis for the justified demand of its international recognition," Luchterhandt concluded.