"And-And" Policy of Armenia Is Effectively Being Carried Out 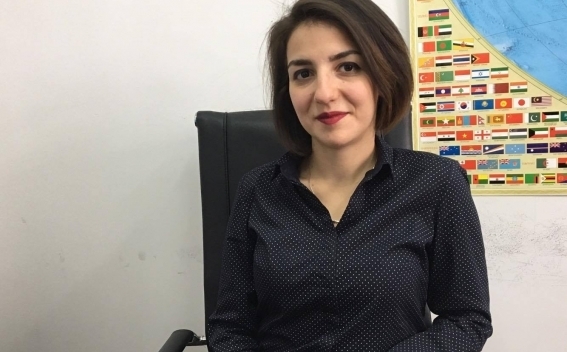 The EU-Armenia negotiations on the new Framework Agreement are concluded. On February 27, Armenian President Serzh Sargsyan announced this in Brussels after meeting the European Council leader Donald Tusk.

The new agreement is ambitious and includes guidelines for all areas of EU cooperation. With this agreement, in fact, the EU and Armenia affirm that they will continue to cooperate for the promotion of reforms in Armenia. The agreement’s name also indicates this: Comprehensive and Enhanced Cooperation Agreement.

The political part of the agreement is almost the same as that of the Association Agreement, while the economic part was negotiated in the light of Armenia’s accession to the Eurasian Economic Union.

Signing the agreement and subsequent ratification procedures may require some time. The document should undergo a series of legal amendments, and then be translated into the languages ​​of all EU member states and Armenian, after which all 28 EU members should give their consent before signing the agreement.

EU leaders, including Donald Tusk, stressed in their statements that Armenia is an important partner for the EU, and they are ready to promote the deepening of the reform.

In this context, the President thanked the EU for its support in the process of constitutional reform, especially the unprecedented coordination of the preparation of parliamentary elections and the Electoral Code.

Based on the current level of Armenia-EU relations and prospects of further development, we can confidently assert today that dividing the Eastern Partnership countries into ones that signed the Association Agreement or those that did not, or classifying Armenia together with Azerbaijan and Belarus, is not a viable approach at all. Armenia is an important and reliable partner for the European Union, with which it was possible to negotiate a new agreement within a year, and thus fix the mutual desire to deepen bilateral relations.

As the President said in Brussels, EU-Armenia relations are based on values, and Armenia has never put forward the question of making a political choice. The terms of this new agreement fully reflects the adopted "and-and" principle of integration processes. It includes the development and deepening of Armenia’s relations with the EU, taking into account its accession to the Eurasian Economic Union.

Armenia has even gone one step further, stating that it is ready to boost its contribution towards the cooperation between the EU and the Eurasian Economic Union.

This is especially important in the context of inviting NATO's secretary general to Armenia. Both by political and expert levels it has been stressed that NATO member Turkey's policy of blockading  Armenia considerably limits the opportunities of cooperation with NATO. In the end it is not a bilateral closed border between Armenia and Turkey, but also closed border between Armenia and NATO. Secretary General's visit to Armenia will make the chance to get acquainted with the situation and discuss these issues.

In addition, as it was noted in Brussels by Serzh Sargsyan, Armenia is interested in global safety and from security consumer it wants to become a security provider. Its active involvement in a number of NATO peacekeeping missions, is perhaps the best proof of the above mentioned.

In conclusion we can say that the Armenian President's visit to Brussels was an important step in the development of Armenia-EU relations, which showed that "and-and" policy could be effectively implemented, and it is understandable and acceptable to all parties.