RA NA Elections: The Main Shortcomings and Improvements According to International Observers 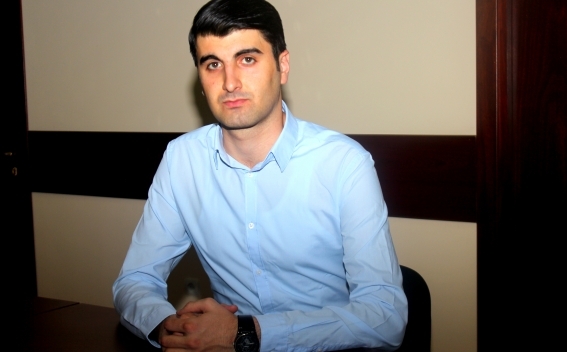 A day after the parliamentary elections of Armenia the OSCE/ODHIR issued its preliminary conclusions. It should be noted that the preliminary conclusion is the result of joint work of OSCE/ODHIR, OSCE PA, PACE and the European Parliament. It can be assumed that this joint work has given the international observers an opportunity to carry out effective work – comprehensive and deep.

It is noteworthy that the issued report says that the elections "were well administered and fundamental freedoms were generally respected." This formation is quite important and in fact will become the basis for the final report of the OSCE/ODHIR.

The main problems recorded by the observers, which are included in the report are vote-buying, pressure on civil servants and lack of public confidence towards the election process. Other violations in this or that way derive from this or have a secondary importance.

Though the cases of vote-buying are not something new, it is noteworthy that there are no examples of vote-buying in the report, the political force/forces doing this are not indicated (it should not be excluded that this may be included in the final report), which the observers during the press-conference explained by the absence of facts.

As for the cases of pressure, it can be claimed that the word "pressure" is not well-chosen. Pressure presupposes consistent control and an opportunity to learn the choice of the citizens, but the new technologies used and the procedure of holding the elections fully guaranteed the free expression of the will of the voter in the voting booth, which was also confirmed by the observers.

Besides, pressure presupposes certain consequences, but until now we have not heard of any scandalous "revenge" cases. Instead of the word "pressure", it would be right to use "leading". This phenomenon is not something new, but the effectiveness of it in these elections, to put it mildly, is contentious, if we take into consideration the right of the citizens to freely express their will in the voting ballot.

In parallel with some shortcomings recorded by the international observers, the report also points out certain positive sides. In contrast to the previous general elections, a great number of reforms were recorded in the work of the Central Election Committee (procedures, guidelines, transparency of the work done, etc.). Improvements were recorded in the accuracy of the voter lists, which, as the report says, is a result of enhanced inter-institutional collaboration.

A quite interesting picture is in the report concerning media. According to the observers, freedom of broadcast media is limited by the interference of owners into editorial autonomy, which cannot be considered as full information taking into account the fact that three of the opposition parties participating in the elections have their "party" TVs channels and have been more than free in criticizing the government.  As for H1 TV channel, according to the observers, it has ensured equitable coverage to each contestant in its newscasts. The report stressed that there was no interference in Internet freedom with online news sources contributing to increased media pluralism.

According to the observers, quite a great progress in these elections was that gender quota now applied also to the distribution of obtained and vacant seats. This is really a positive development, particularly taking into consideration the fact that in the preliminary report of the OSCE/ODHIR on the previous elections of the RA there were certain concerns over the participation of women candidates. The observers also assessed positively the system, which provides four reserve seats for minorities.

Summing up, it should be mentioned that the conclusions of the international observers on the parliamentary elections of the RA were quite predictable both in terms of the recorded drawbacks and the progress. It is noteworthy that in terms of improving the electoral law and the procedure the final report of the OSCE/ODHIR will be more valuable for us, as it will include recommendations on improving different spheres, which, of course, should not be ignored.