In the First Quarter of 2017, There Was 8.1 Percent Increase of GDP in Artsakh 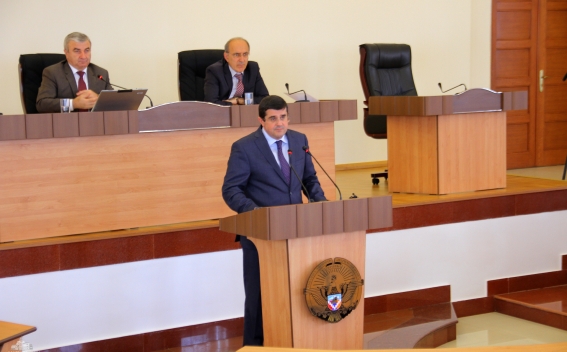 Opening the session, the Head of the Parliament, Ashot Ghoulyan congratulated the Armenian people on the day of liberation of Martakert and on behalf of the participants of the meeting wished stability and well-being.

After the break, the meeting continued with the participation of representatives of the Cabinet of Ministers.

The members of the government headed by Prime Minister Araik Harutyunyan answered questions of the deputies regarding the elections to local self-government bodies, housing construction, foreign policy, health, effectiveness of the anti-hail system, location of artesian wells, training in natural sciences, construction of roads, etc. .