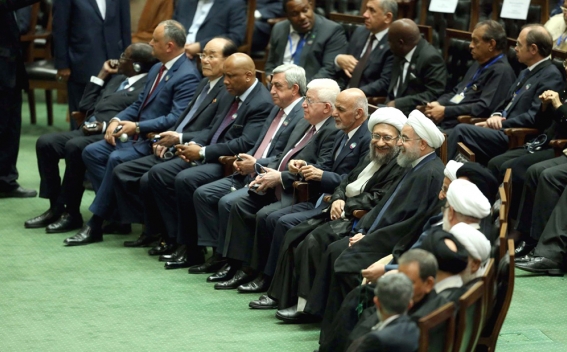 The inaugaration ceremony of re-elected President of Iran Hassan Rouhani has kicked off in the Iranian Parlament, "Armenpress" reports. The ceremony is also attended by President of Armenia Serzh Sargsyan.

Rouhani was re-elected as President for second consecutive term at the May 19 elections, securing nearly 57% of the total votes cast.