Hollywood is Preparing for the Opening of Aznavour’s Star 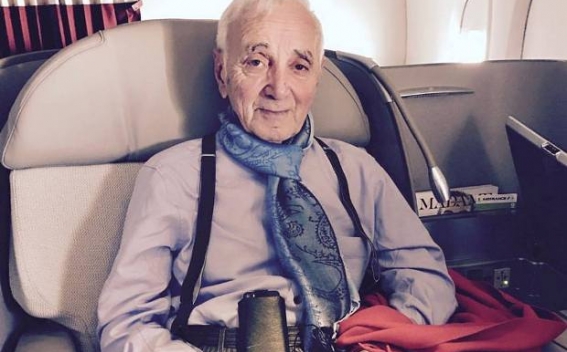 AFP agency presented a video of preparations for the opening of Charles Aznavour's star on Walk of Fame in Hollywood, News.am reports.

Ana Martinez, Producer of the Walk of Fame ceremonies, said Aznavour performed hundreds of songs and got numerous awards and is still performing at his age "which is wonderful".

The local Armenians are incredibly proud to share Aznavour with the world, said Baydsar Thomasian, representative of Armenian community in US.

Legendary singer-song-writer Charles Aznavour, 93, has already left for Los Angeles, where he will receive a star on the Hollywood Walk of Fame on Thursday, August 24, 2017.