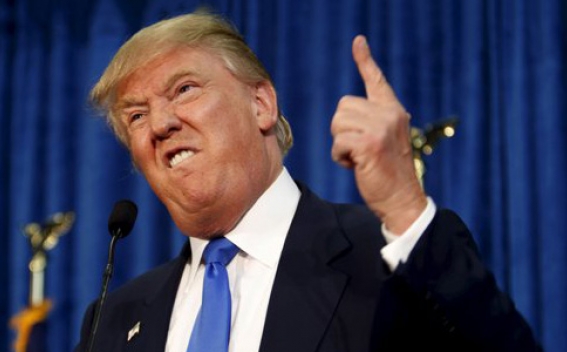 President Donald Trump said Saturday that he was "handed a mess" with North Korea and that he wanted to try a new Mideast peace plan before moving the U.S. Embassy, while slamming the "fake news" media for its coverage of his visit to hurricane-ravaged Puerto Rico.

Trump said that former Democratic President Bill Clinton "gave billions of dollars and billions more" after the U.S. signed an agreement that would freeze Pyongyang's nuclear plant program in 1994.

"I think this is one is the worse of the group," Trump said of current dictator Kim Jong Un.