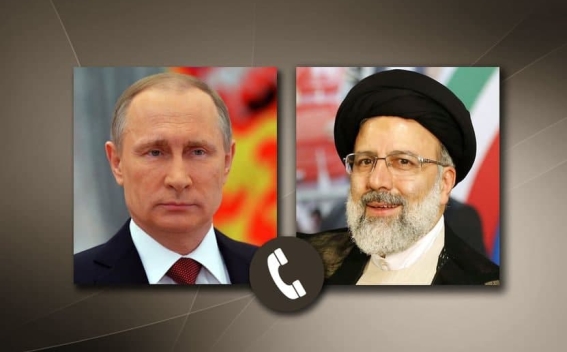 Russian President Vladimir Putin in a phone conversation with Iranian President Ebrahim Raisi expressed condolences in connection with the train crash, which killed 21 people and more than 80 were injured, according to NEWS.am the Kremlin press service reported.

"Vladimir Putin expressed his condolences in connection with this morning's train accident in Iran, which claimed human lives," the statement said.

The sides also reaffirmed their commitment to continue working within the framework of the Astana format.

The Kremlin reported that Putin and the Iranian president expressed a mutual commitment to the consistent strengthening of Russian-Iranian relations. The conversation between Putin and Raisi noted the need to continue diplomatic efforts to reach an agreement on the JCPOA.