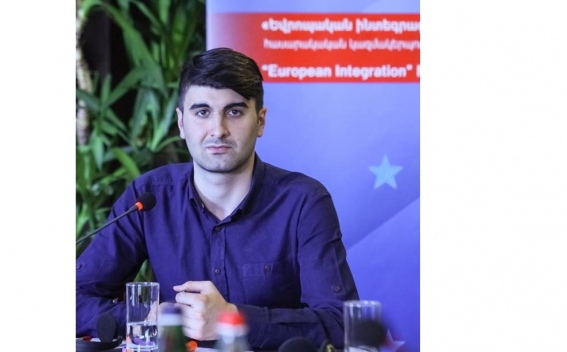 Karabakh conflict settlement process is still in deadlock. The OSCE Minsk Group Co-Chairs have been actively working over the past months to organize a new meeting of the Presidents of Armenia and Azerbaijan (the last meeting was held in June 2016), and in the end, at the beginning of October, as a result of the regional visit, they obtained the consent of both presidents. The meeting will take place on October 16.

However, after the visit of the Co-Chairs to the region and the agreement on the upcoming meeting, Azerbaijani President Ilham Aliyev, during the cabinet meeting on October 9, said that the talks on the settlement of the Karabakh conflict are being resumed without any preconditions. According to him, Armenia, putting forward various preconditions, tried to ruin the resumption of negotiations, but now has to abandon this policy.

Speaking about the preconditions, Aliyev meant the agreements reached between the Presidents of Armenia and Azerbaijan with the participation of the foreign ministers of the OSCE Minsk Group co-chair countries on May 16 and June 20, 2016 in Vienna and St. Petersburg. In particular, we are talking about the introduction of investigation mechanisms on NKR-Azerbaijan border, expansion of the office of the special representative of the OSCE Chairman-in-Office and other issues related to the formation of an atmosphere of mutual trust. It should be stressed that these are not preconditions, as Aliyev tries to present, but clear agreements reached as a result of the meetings of the Presidents, which Aliyev himself agreed in the presence of the mediators.

Apparently, the President of Azerbaijan is experiencing certain difficulties with the distinction of preconditions from the agreements. Such substitution of concepts can be explained by the fact that official Baku has a fairly large "experience" of renouncing its responsibilities. The statements of Vienna and St. Petersburg are no exception. Over the past year Azerbaijan has not taken any visible steps to implement these agreements and is now trying to fail them and abandon its duties.

A question arises: why did Aliyev, on the eve of the resumption of the talks, decide to make such a provocative statement? Considering the behavior typical to the Azerbaijani authorities in such situations, it can be assumed that Aliyev intends to srtike the negotiation process in this way. Clearly understanding that Azerbaijan will not be able to reach the realization of its maximalist goals through negotiations, Aliyev intends to fail the next round of negotiations with the hands of Armenia, making provocative statements.

Aliyev's intention to influence the negotiation process  is also proven by the increase of tension on the Armenian-Azerbaijani and Karabakh-Azerbaijani borders. On October 10, as a result of the violation of the ceasefire, Azerbaijan killed a soldier of NKR Defense Army. In the recent years, Azerbaijan has always increased the tension on the borders on the eve of meetings with the Armenian president, with the aim of exerting pressure on the Armenian side or pushing it to break the negotiation process.

As for the Vienna and St. Petersburg agreements, it can be unequivocally asserted that they continue to remain on the agenda. The need to introduce investigation mechanism, to expand the office of the special representative of the OSCE Chairman-in-Office, to withdraw the snipers from the frontline and other measures to strengthen the atmosphere of confidence was repeatedly spoken not only by the Co-Chairs of the OSCE Minsk Group, but also by the foreign ministers of the Co-Chair countries.

Summarizing, we can conclude that Karabakh conflict settlement process can be conditionally divided into two parts: directly the political process and actions aimed at forming an atmosphere of trust, including those fixed in Vienna and St. Petersburg. It is impossible to state with certainty that only the political process will be discussed in the upcoming meeting of the presidents. In fact, the implementation of the Vienna and St. Petersburg agreements are viewed as two parallel processes, as reflected in the recent statements by the OSCE Minsk Group Co-Chairs. In fact, Azerbaijan's attempts to fail negotiations continue and will continue, since the Karabakh conflict is an important component of Aliyev's strategy to preserve his power.