Sargsyan-Aliyev Meeting Was Positive But Not Productive 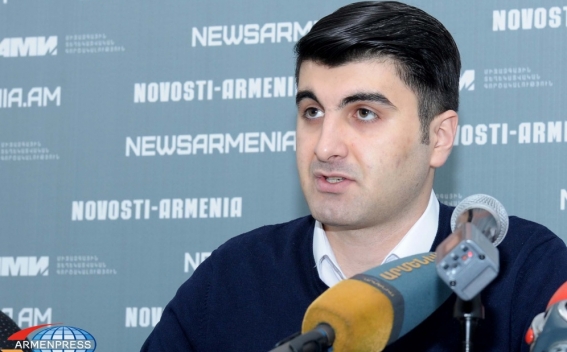 The meeting was followed by a joint statement by the Armenian and Azerbaijani FMs and the Co-Chairs of the OSCE Minsk Group. The statement notes that the meeting was held in a constructive atmosphere, and the presidents agreed to take measures to intensify the negotiation process, as well as take additional steps to reduce tensions on the contact line.

From the statement, one can draw two conclusions. The first - the Vienna and St. Petersburg agreements remain on the agenda (no matter how hard Aliyev tried to convince in the opposite), and the second - the political aspect of the conflict settlement and the steps aimed at reducing tensions (ie, the implementation of agreements) are parallel processes.

The meeting of the Presidents as a whole can be assessed as positive against the backdrop of the post-April tension, which is still going on, as Baku tries in every possible way to refuse the implementation of the agreements it has undertaken. In particular, we are talking about the introduction of investigation mechanisms on NKR-Azerbaijan border, expansion of the office of the special representative of the OSCE Chairman-in-Office and other issues related to the formation of an atmosphere of mutual trust.

Nevertheless, as one would expect, this meeting was not productive in terms of reaching new agreements on the political settlement of the conflict (since there are no prerequisites for this). As President Sargsyan stated during the meeting with representatives of the Armenian community in Switzerland, there is no concrete agreement on options for solving the problem. Both sides of the negotiation process have their own vision of solution, and our position remains unchanged - Karabakh cannot be part of Azerbaijan. This is the red line of our negotiating position, which cannot be stepped by any Armenian leader.